A mixed result from Team Mandate. Our target: do the 90km (actually 85) Sydney to Wollongong ride in 3h 15min.

Three of the team pulled in a very respectable 3h 37min.

Two of the team (including myself) pulled in a slightly slower, but still happy 4h 8min. 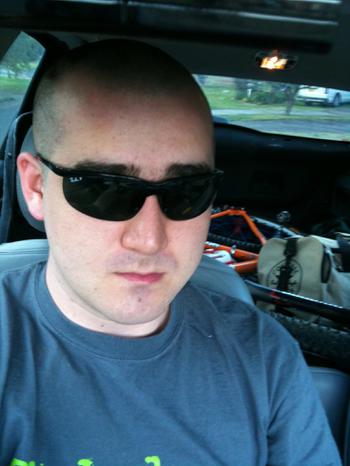 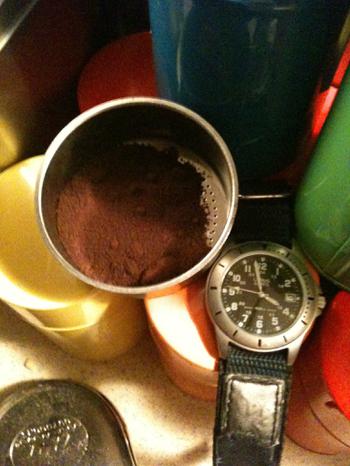 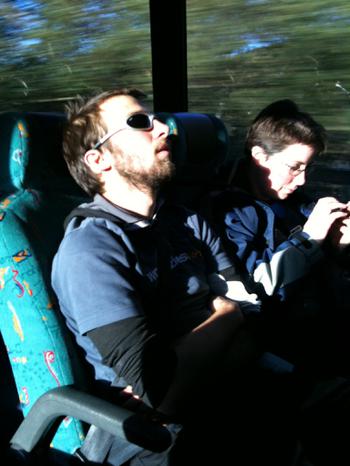 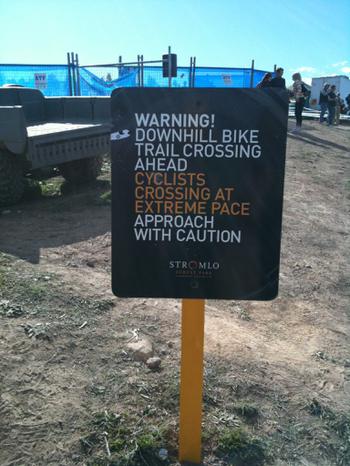 Maybe I'm wierd for checking my credit card statement every two weeks, but I do, so colour me wierd. So when

showed up on my statement, I was a little bit perturbed. I racked my brain for what I'd spent money on recently, or what that could possibly be. I googled the company name, nothing. My other half checked the Australian Business Register - found the company listing, but no clues as to who it might be. Eventually, after both of us mentally backtracking all the purchases we'd made lately, we traced it back to a DVD purchase at ezydvd.

Now sometimes credit card billing names don't always match on some smaller companies, but seriously, WTF? This is ezydvd, a fairly well known chain. It appears that the answer is franchise-owned stores, but surely they can reach some agreement that customers don't have lines on their credit card statements that are only identifiable by the annoyingly common misspelling of a single word.

Maybe I should go buy something expensive from them, then contest it with the bank when it comes up on my statement, or is that being too much of a dick?

If only paternalism, or nanny state, started with an 'a' ...

I draw your attention to the red box ... I haven't had to restart my iPhone in almost a month. I consider uptime to be a badge of honour, especially on a device where "restart it" is often treated as the final step of every complex app install.

I now draw your attention to the green box. This is where, until recently, a "free memory" button was present, which is what I attribute to the lack of troubles I have had. Freeing up the RAM in the iPhone is the main reason, from what I can see, that developers and users alike say you should restart your iPhone after app installs.

A couple of days ago, Apple decided to spread the word to developers that this functionality was not approved - they removed a couple of apps from the store, and told the developers of my app of choice, iStat, that they needed to remove the functionality in order for their update to be approved. From what I have read, the way these apps "free" the memory is by requesting a large amount of ram, forcing the iPhone to dump the contents of "inactive" ram, and killing the background processes that Apple allows (usually Safari, iPod and Mail). In some ways, I can understand why Apple would want this removed - it's a bit of a hack, a "creative use of programming techniques" if you will. But the obvious two questions are (a) why now, and (b) why isn't there an Apple approved way of doing this?

Freeing up the RAM is the best troubleshooting method on the iPhone. On the 3GS, it's a convenience that can make things run a bit smoother. On the 3G, it's basically a necessity for smooth operation of the 3.0 OS. Maybe it's not the best fit with the "Apple Experience", but when it doesn't "just work", it's time to either put in a solution or allow the solution that's already out there.

Oh, and as is likely to happen when you only have 40 staff doing the reviewing (and search&destroy on verboten apps), something like Memory Status is sure to slip through ... Not as elegant as iStat, but does the job.

What's the rationale behind a download quota? The price of bits is totally artificial. The ongoing costs are hardware and maintenance, power, infrastructure. None of this is any cheaper or more expensive based on the bits that pass through.

Why not pay for a set amount of bandwidth? Some people are only going to do light browsing and limited downloading. Give them 5mbps and they could do anything quite comfortably, but you're at a quarter of the line speed. Give me a plan that offers 5-8mbps during peak time and the full 24mbps during off peak. That's more than enough for me to play my computer games and check youtube/etc during peak time, and I can download my World of Warcraft patches and other such large, legitimate items of software through bittorrent in the off-peak times when business is offline.

But of course, that would be less money for the ISPs ...