As I write it's the last evening in Amsterdam, so I'm trying to catch up before I fly home. I do have some time tomorrow though.

We started our day with a running tour of Prague. Our guide, Natalie, picked us up from the hotel at 07:30, and we set off to see the sights of Prague sans-tourists. I love doing running tours in other cities. I still need to get better at pre-planning and booking, but I intend to make a more concerted effort to do these in the future. 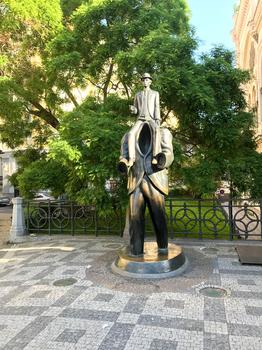 Natalie took us through the Old Town, through the Jewish Quarter, up the hill to the castle, and then back across Charles Bridge on the way back to the hotel. All up it was just over 10km, and was an amazing tour. We got excellent views over Prague and the castle grounds. We didn't see many tourists until we hit the end of the tour, with a few starting to wander out on Charles Bridge as we ran in at around 09:00. Our guide was really engaging, and took us through some of the streets not on the tourist trails, including a lot of small local streets and alleys. There was also, somewhat randomly, a wall dedicated to John Lennon - now more generally focussed on love and peace. 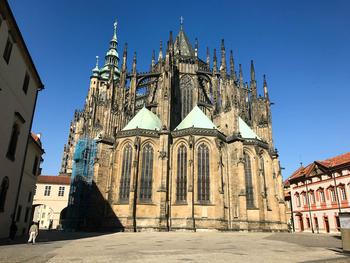 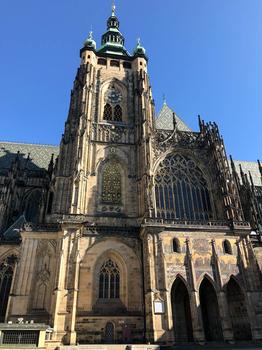 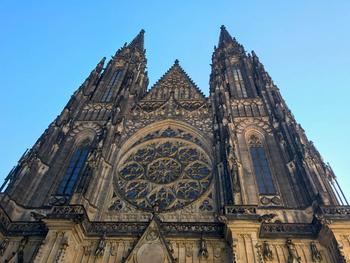 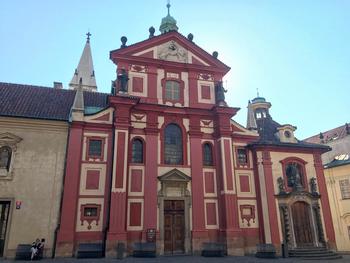 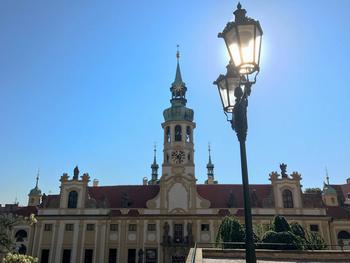 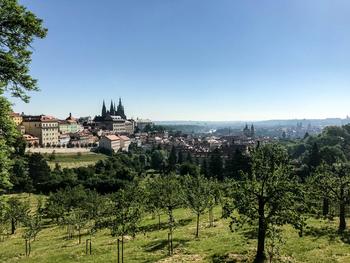 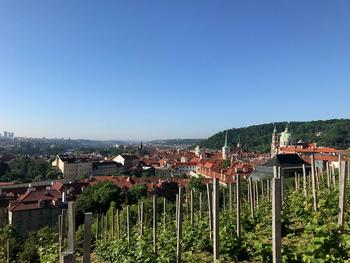 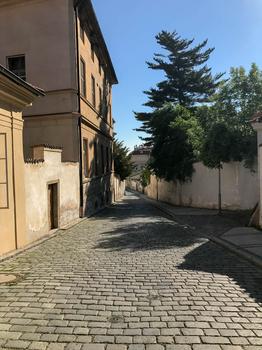 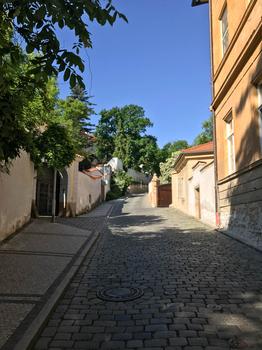 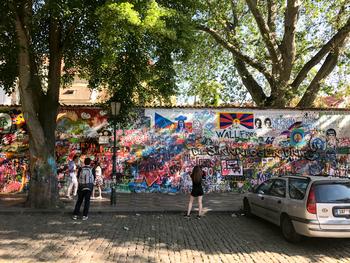 After the tour, we felt justified in taking a lazy morning and chilling in the hotel lounge. We wandered out for lunch, continued the trend of non-traditional lunches and went to Wokin, a noodle bar with a (mostly) Thai vibe, but with some strange embellishments such as a waving cat, and lots of Japanese and Chinese soft drinks. The noodles were actually really good, and even if it wasn't my favourite Thai, it was great to have tamarind, lime, and coriander again.

After lunch we headed out to DOX, a modern art museum just outside the city centre. They had an exhibition called "Big Bang Data", focussing on the massive explosion of data being generated (and stored) in the cloud-computing era. They also have a zeppelin-inspired installation on the roof, which is basically a zeppelin-shaped wooden airship, positioned as if it has crash landed between the two buildings of the museum. 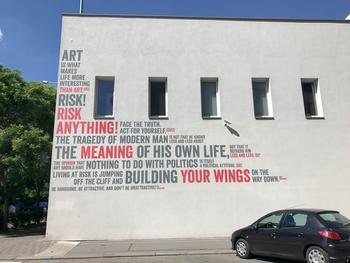 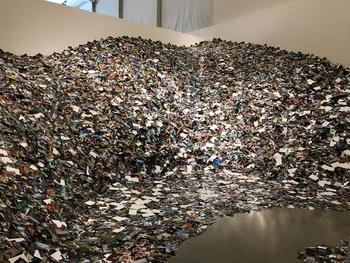 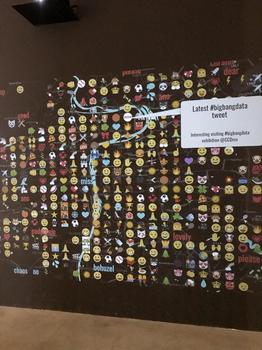 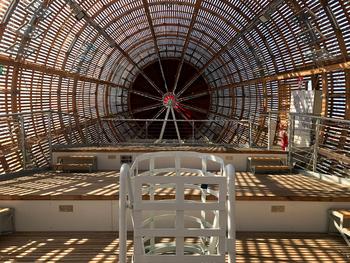 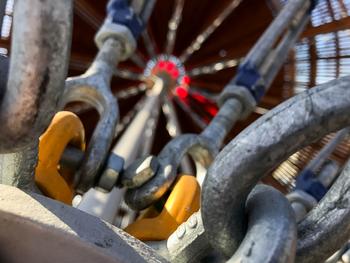 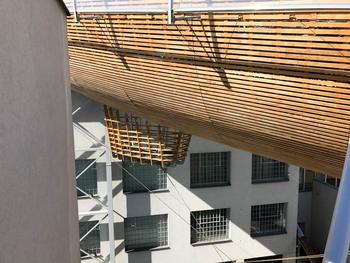 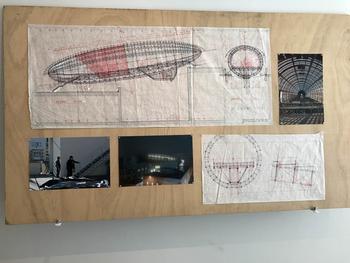 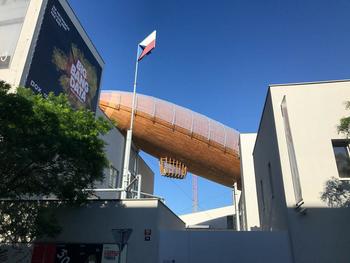 We left DOX and caught the tram back to our twin beds for a quick nap, and to work out where to head for dinner. We ended up in a restaurant called Lehká Hlava (Clear Head). It's a quirky place, in a small alley in the Old Town, but off the beaten path. The food - all vegetarian, as the restaurant is passionate about reducing land used for meat production - was amazing. I had a seitan and beetroot cheeseburger (basically gluten patty on a gluten bun), which was not only excellent, but also quite similar in taste and texture to a beef patty. 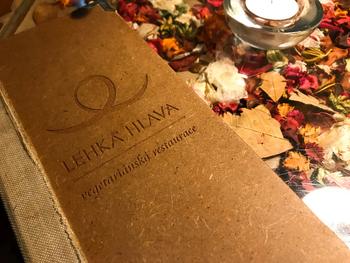 We finished off the meal with a wonderful peanut cheesecake and some mammoth bowls of herbal tea, then strolled back to the hotel to sleep.