As I write this, it's the day I'm heading home, and I'm still several days behind in the journal. My travelling companions all left at various points this morning, so now I just have several hours to kill until my flight in the evening. And so, I find myself in Starbucks, catching up on my journaling with a cold brew and a chocolate chip cookie...

With no running tour and the list of target museums dwindling, we had a lazy morning for our last full day in Prague. A nice long breakfast, followed by journaling, reading and lounging in the hotel.

For lunch, we decided to venture out and try to continue our non-Czech lunches. We found a Mexican place - Las Adelitas - just off the old square. The reviews were quite positive, and there was a free table outside (with nobody smoking nearby!!), so we took it. The service was great, but the food, not so much. We both got tacos and the meat was dry, the flavours were missing, and there was a VERY limited supply of hot sauces (or should I say "sauce", there was only one bottle). Alas, with deliberately seeking non-local food for lunch, we were bound to have a miss, and this was it. 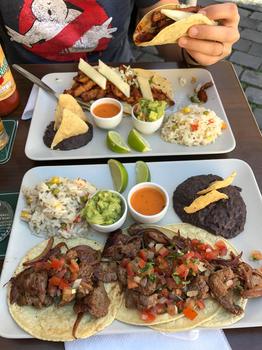 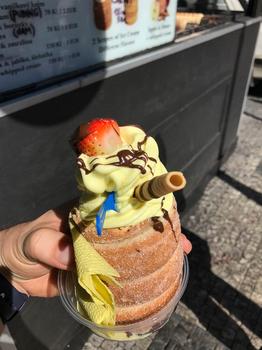 It was a very hot and sunny day, so after lunch, we just took a scenic walk back to the hotel. After a fairly intense trip, filled with activities, I was definitely starting to tire, and I (accidentally) had an afternoon nap to recharge. 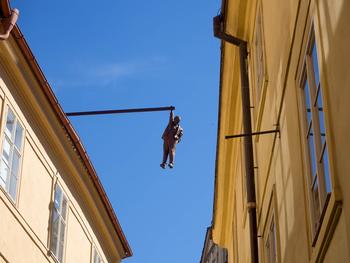 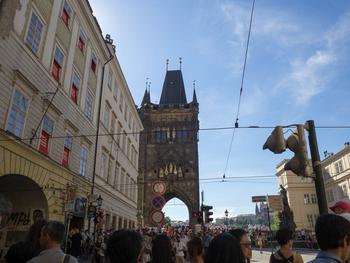 Our evening plan had been to have dinner out, and then head to the observatory at around 21:00 to do some stargazing. As we were walking to dinner, I spotted something I'd heard of before, but completely forgotten when tagging things to do in Prague on the map.

Thankfully, everything in Prague is open late, so we scrapped the plans for the observatory and dropped into the Apple Museum for dinner.

The collection is very impressive. It doesn't seem to have been updated since 2013, but it's very well laid out and contains a comprehensive collection of Apple products. The nostalgia was strong as I went through spotting all the devices I have either used or owned throughout the years (starting with an Apple IIe). There was also an audio track playing through the museum, with edited excerpts from Steve Jobs' keynote speeches. Very impressive, and while I'm sad I had to trade northern hemisphere stargazing to see it, I'm glad we didn't miss it! 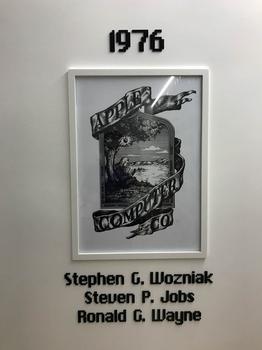 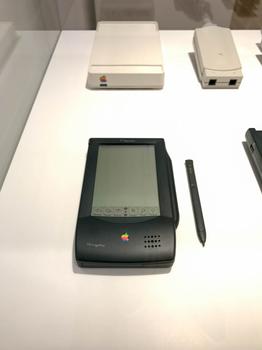 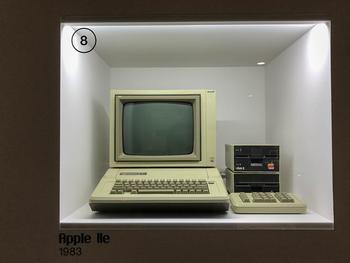 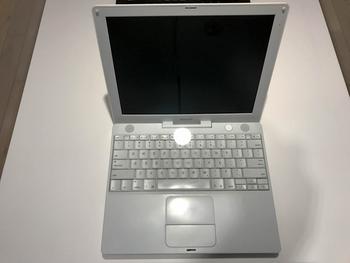 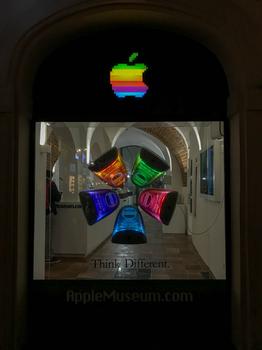 We both had a hankering for pizza, so we found a well-reviewed place called Marina, which was on a floating pontoon on the Vltava, with an awesome view of Prague Castle. It had come with good online reviews and, more importantly, a recommendation from our local running guide, so we were confident our "Mexican experience" was not to be repeated. 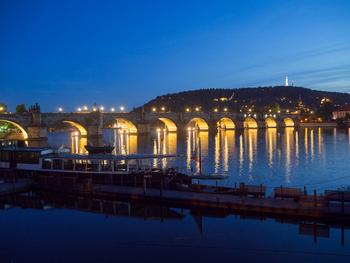 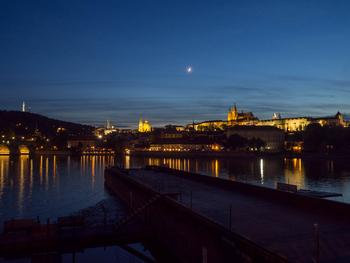 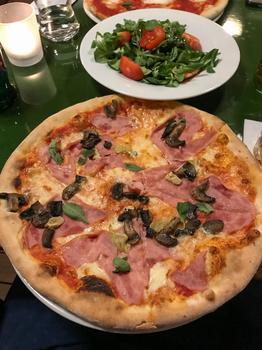 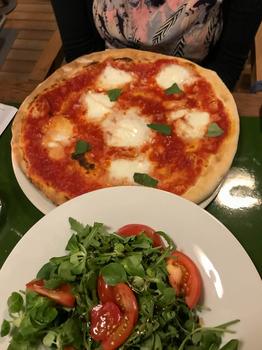 The staff were definitely geared towards the tourist market and were regularly trying to upsell us - half-jokingly = but the food was excellent. So to was my old fashioned, which was made with truffled honey in place of sugar. After a solid 2 courses (pizza, and leftover pizza), we took a stroll back along the waterfront and across Charles Bridge. 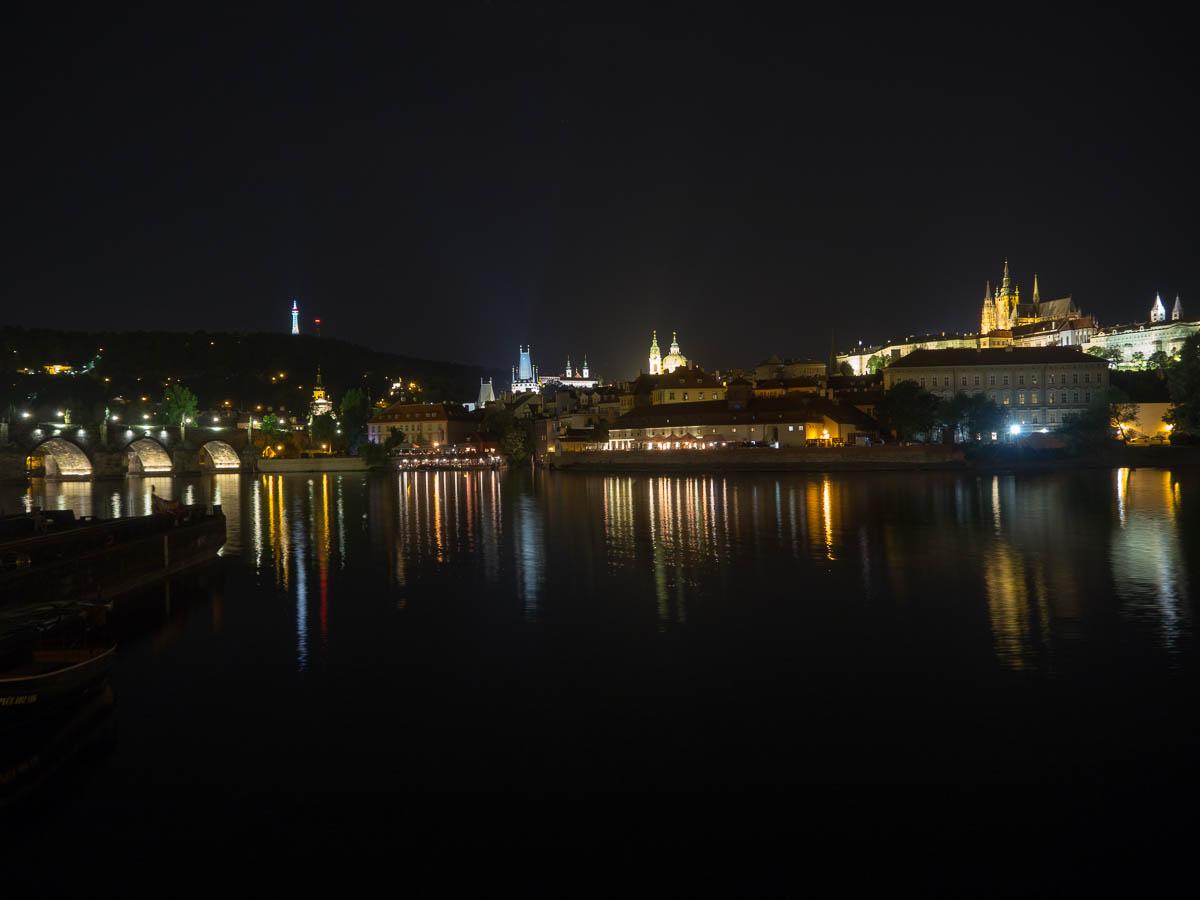 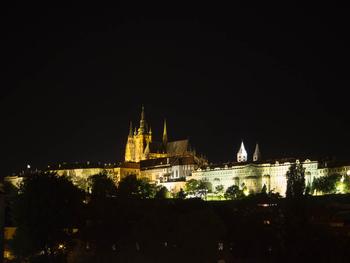 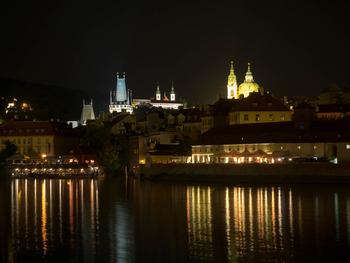 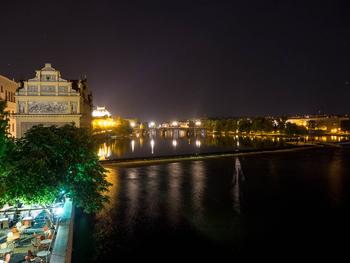 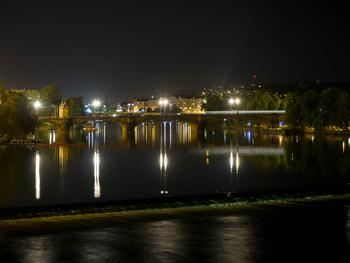 Even at 23:00, the bridge was fairly crowded. Not as stupid as it looked in the early afternoon when we'd walked past, but still busy enough that there was no possibility of a "people-free" photo. The clear night brought out the photographers, and there were an impressive number of tripods and "serious" cameras around. I made do with my little Olympus and GorillaPod. 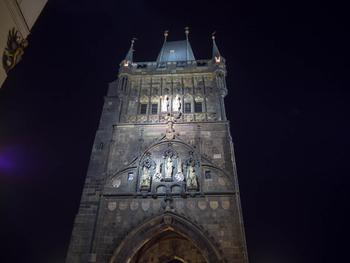 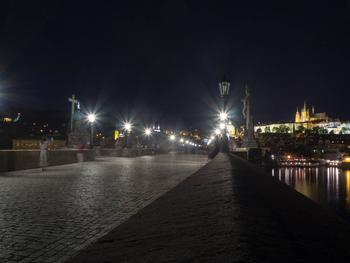 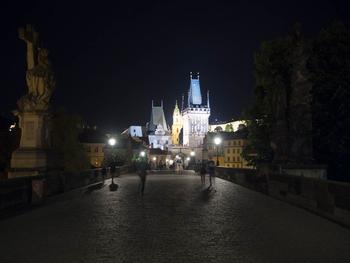 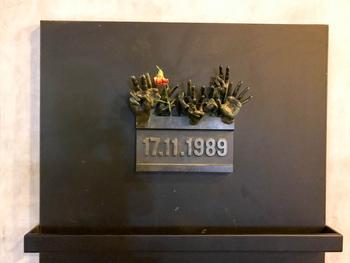