When we checked into the hotel, we were offered two choices: a room with a double bed, but right next to the bar, or a room with three single beds, and we could change rooms in the morning. In the interests of a good night's sleep, we took the 3 x 1 option. After breakfast, we changed into a double room, which immediately smelled of cigarette smoke. Stupidly, we decided not to say anything further, just dumped our bags and went out to get on with our day. We'd already lost a lot of time in the morning, so we intended to sort it out in the afternoon on our return.

We set out in search of the Museum of Communism. I was navigating by half paying attention to Google Maps, and half-looking around the streets, soaking in all the medieval architecture. Unfortunately, this led to us overshooting the museum. Twice. Turns out (thanks to reviews on Google Maps) that the museum is actually located inside the same building as a really seedy-looking casino, and the signs for the museum are appropriately sized for a small footpath, not a wide, pedestrian-only boulevard.

Once we found the museum, we bought our tickets and wandered in. There's a lot of interesting stuff in the museum, with some information on other countries as well as a good overview of the timelines, major players, and the end of communism in Czechoslovakia (as it was then) in 1989. The layout was a bit confusing though, with timelines jumping around as you move from room to room, and some of the exhibits have definitely been refreshed more recently than others. 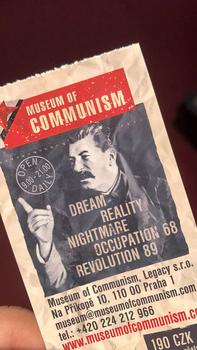 After the Museum of Communism, we walked down the pedestrian mall and decided to try out a very hipster-looking Ramen bar called Kitchen. This was surprisingly good and was a welcome return to more familiar tastes after a couple of weeks away from home, and largely eating very heavy solid foods. Bonus points for the strange, naked mannequin pointing gun fingers to the smallest room in the restaurant. 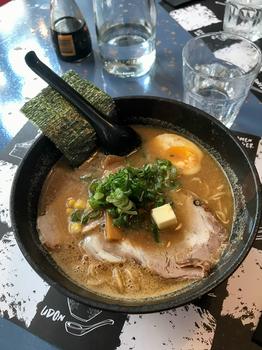 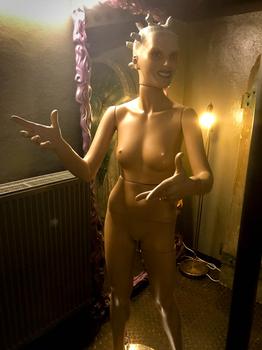 Lunch down, we braved the crowds to visit the Old Town Square and the Astronomical Clock. The sun had come out strong and combined with the fairly large crowds in the square, all jockeying for a good photo, it was not the most pleasant place to be. The clock itself is phenomenal though. The colours and details are very impressive. Due to (repeated) bad timing, and aforementioned sun and crowds, we didn't get to see the 12 Apostles, but we were both pretty happy with what we saw. 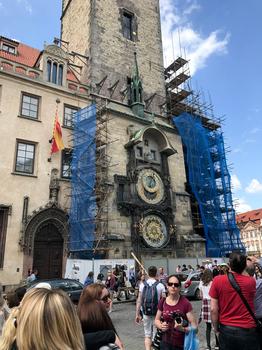 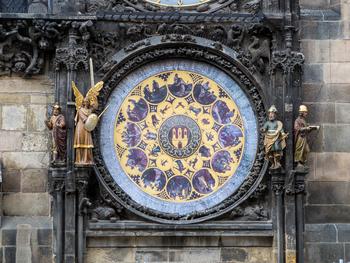 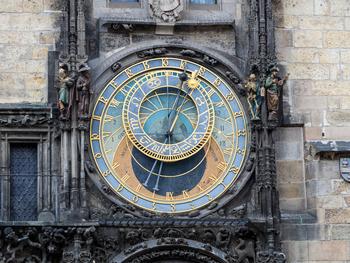 Across the old square was the Týn Church (formal translation is Church of Our Lady before Tyn), which looks so ridiculously like a Disney castle, that I had to look online to see if there was any connection. Not anything conclusive, but more than enough anecdata to suggest that Týn Church was at least a part of the inspiration for Disney's Cinderella Castle.

We took a few photos, we walked to Speculum Alchemiae. This is an old herb shop with a secret alchemical lab hidden underneath. The labs were discovered in 2002 when a big flood in Prague caused a collapse near one of the secret tunnels under the house. Once discovered, the labs and house were turned into a museum, completed with a secret door hidden in a bookshelf, and activated by twisting a statue. It was very cool to see the alchemy labs, including the original furnace and glass-blowing equipment, just buried under a normal looking house. 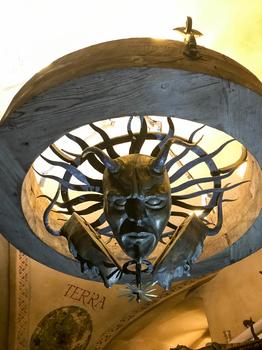 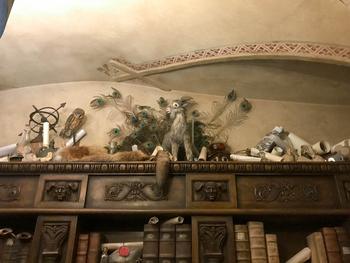 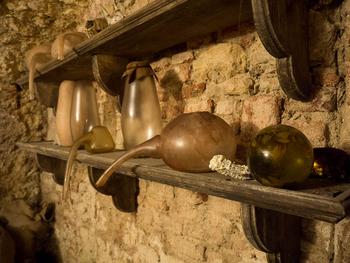 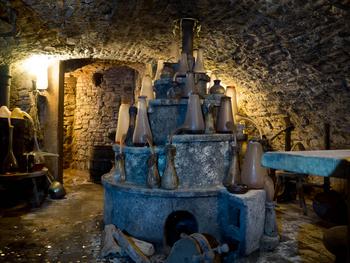 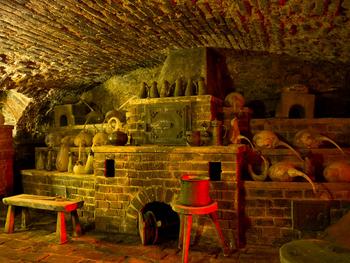 After the combined alchemy/history lesson, we wandered back to Jungmannovo náměstí (Jungmann Square) for a coffee and cake break. It was nice to sit down and just chill for a bit, even if the coffee wasn't quite up to scratch. 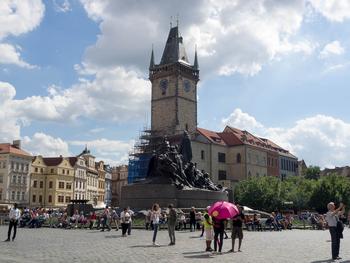 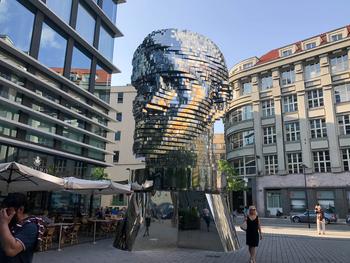 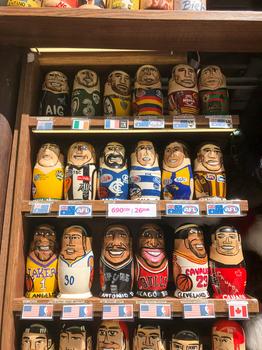 We walked to the Lego Museum and Shop next. The shop was pretty good, with a lot of rare models and some funky stuff specifically relevant to Prague. The museum was relatively expensive (by Czech standards), but after a bit of prevarication, I realised how much I would kick myself if I didn't go, so we bought our tickets and went in. Excellent. Decision. The museum was surprisingly large and had a lot of really cool historical sets, including a lot of the Space and Ice Planet Lego that I had growing up. They also had 5 or 6 Millennium Falcons (that I saw, at least), in a large section dedicated to Star Wars, which was very cool. Definitely a strong recommendation for anyone remotely interesting in Lego!

After Lego, we walked back to the hotel and went straight to the front desk and told them about the cigarette smoke. They called housekeeping who helpfully … opened the window and pointed us to the aircon fan. Thanks. We sat in the room for about 30-45 minutes and Andy was on the verge of an asthma attack, so we changed rooms again. This time we got a twin room with both beds end-to-end, and no wi-fi reception. Not a big deal in the grand scheme of things, but pretty annoying given that Prague was where we'd decided to spend a bit more for a four-star hotel.

After a short recharge in our smoke-free room, we walked across town to the Czech Beer Festival (Český Pivní Festival). Walking through Letna Park to the festival, we noticed a lot of people sitting, chilling and drinking beer on benches and on the grass. Also, so many good doggos! The festival itself was very impressive. The range of beers was overwhelming, the food was plentiful, and there was a DJ playing some awesome 80s/90s tunes and succeeding in getting at least a handful of people on the dance floor. Alas, I was not able to try as many beers as I would've liked, and only had dark beers in a land of pilsner and lager. Oh well. 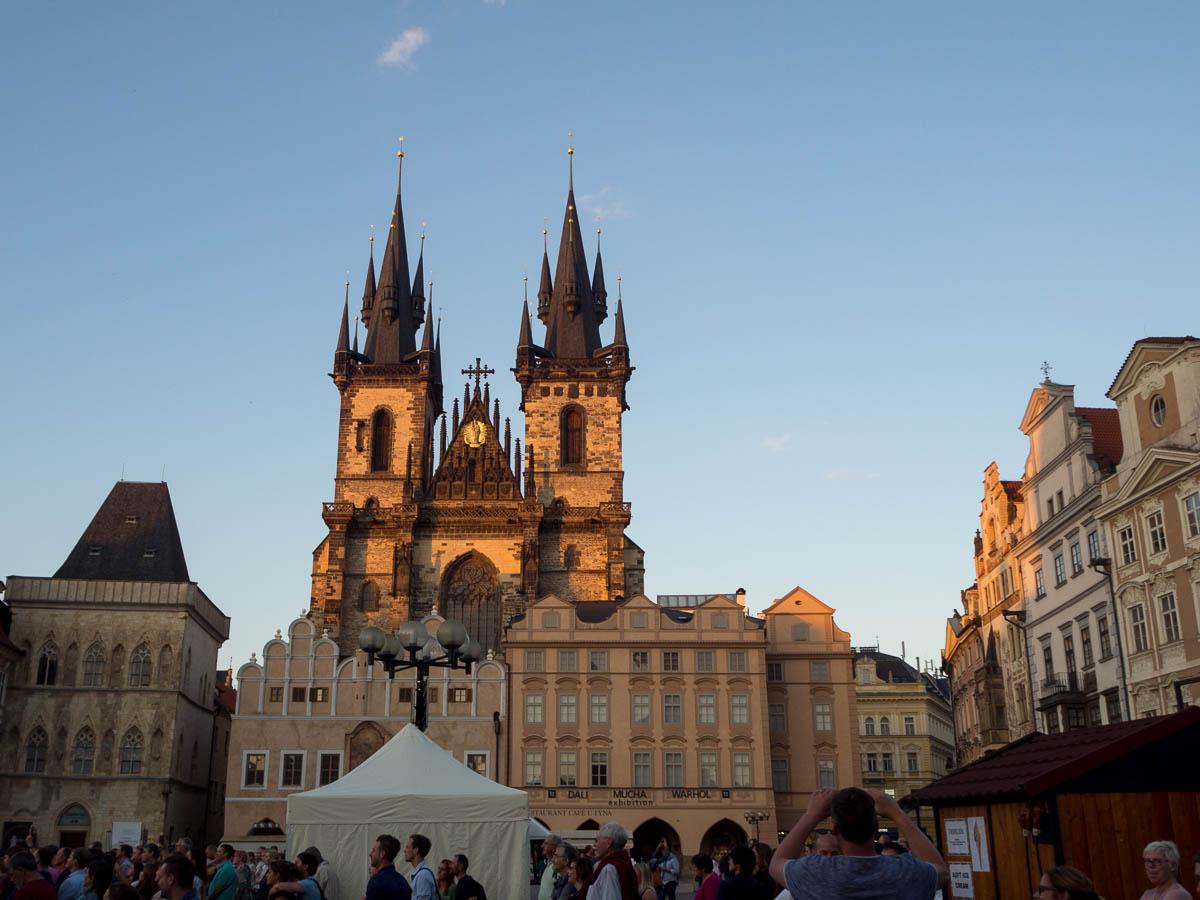 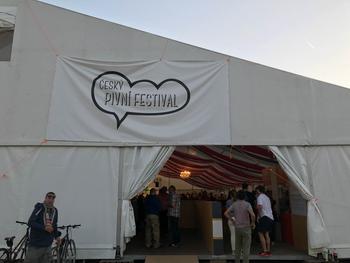 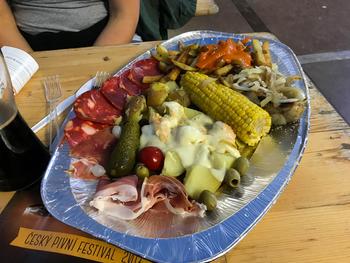 After a couple of tasty beverages and a very tasty meal, we walked back to the hotel (through a very dark park), and crashed out in our twin beds.