Writing continues in the Al Reem lounge in Abu Dhabi airport after the shorter of the two flights home.

Our Airbnb was right next to Rembrandt Park, so we woke up in the morning and headed over there to take a bit of a run and get the legs moving. The park is quite impressive, and is obviously an arterial route for cycle commuters, as the traffic was quite high. The bike path was very wide and clearly marked with red asphalt for the bicycle traffic, and a separate path for the pedestrians. So far we'd seen a lot of running in the bike lanes, and this seemed to be largely tolerated, but with such generous space, we ran in the pedestrian lanes. 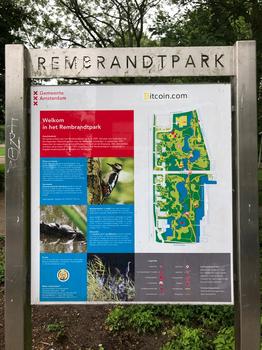 The park also had some outdoor exercise equipment. This was in very good condition and had weights you could slide into position - a massive improvement over all the outdoor exercise gear I've seen in Sydney, which is all either passive (like benches for sit-ups or parallel bars) or just uses body resistance. We stopped for a few minutes to do silly things like chin-ups and such to ensure that our muscles hurt later on.

Running/exercise done, we went back to the house to sample the delicacies Amy had bought from the nearby mini-market. Apart from stroopwafels, which are magnificent, Amy had bought "rinse appelstroop". This is a sweet/sour syrup, very thick, which is monumentally amazingly good. I think this could be a substitute for anything that calls for water + sugar, and the tart/sweet apple taste is so good, I had trouble stopping myself from eating it by the spoonful1. I'm also happy to report, after extensive testing, that it goes very well with Vegemite2. 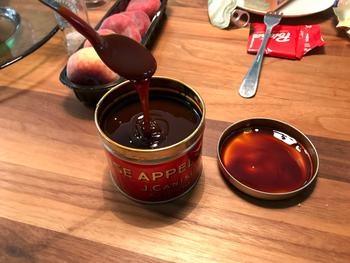 We took a free walking tour around the centre of Amsterdam in the middle of the day to get a feel for the city. The very first thing the tour guide told us (after her name: Karen) was that Amsterdammers are really nice, friendly people. Until they touch a bicycle. At this point, they become bikopaths, hell bent on reaching their destination as quickly as humanly possible, and woe betide anyone or anything that stands in their way.

The tour was very good, and took us through the Red Light District again, in daylight this time. We got told the meaning of the different coloured lights3, although we didn't see anything other than red lights in our tour. We also learned the normal fee: €50 for the standard service, which includes oral and vaginal sex. There's no time limit, but the average time taken (including undressing, washing, and then dressing afterwards) is 6-8 minutes. Obviously, these women are professionals at the top of their game. They're also well organised (as an industry), and treated as any other profession, with taxes, mandatory health care, etc. 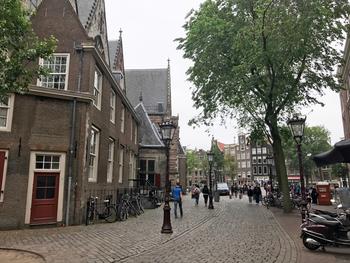 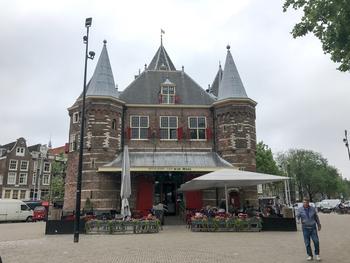 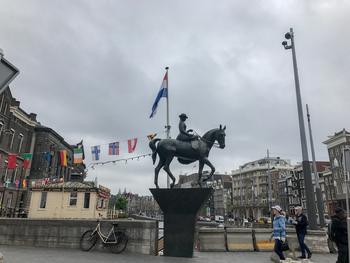 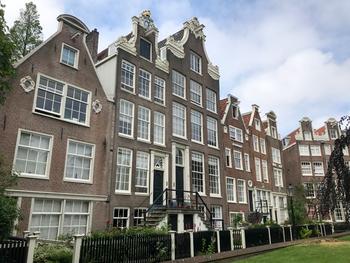 Karen also told us a few other interesting tidbits, such as the old church offering "pre-confession" for sailors planning a final night in the Red Light District before skipping out of port the next morning (before the priests would be available for confession). She also explained the "XXX" motif that is visible throughout Amsterdam. The version of the story she told us is that each X represents a great hardship the city faced. The first is water - Amsterdam is largely below sea level and is built on a swamp. The second is fire, as the city has had several fires do significant damage done to wooden houses and high winds. The third one, depending on the story, is either the plague or the Spanish. The Dutch seem to uphold the good European tradition of pissing off everyone else in Europe, and it was the war with the Spanish which prompted the East India Trading Company and the golden age of the Netherlands. Based on this I've decided I'll pick "the Spanish" as the better-sounding version of the third "X". 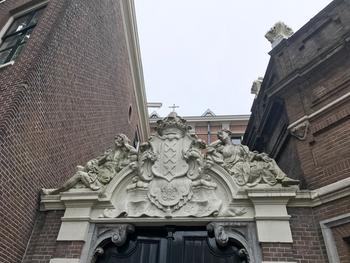 We also learned that the houses in Amsterdam lean all over the place. Left and right because the city is built on a swamp, and things sink. Forward because the houses are tall, but the staircases very narrow, so each house has a hook for a pulley at the top to lift furniture off street level. The narrowness is due to an old tax law, where tax payable is based on frontage, which encouraged skinny, but tall, houses. 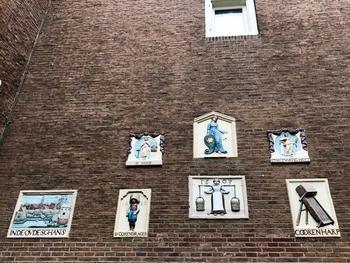 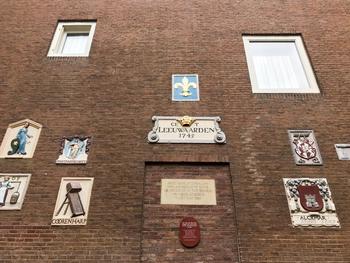 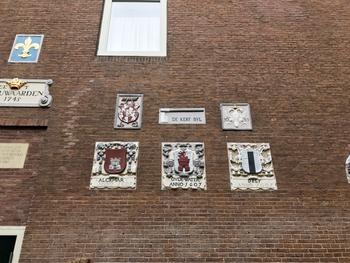 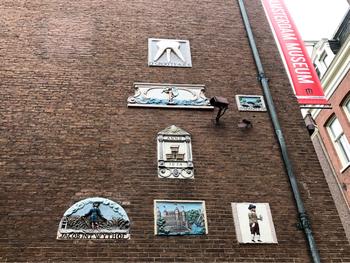 After a late lunch, we headed to Bodyworlds - a museum that uses cadavers to create their exhibits, with an obvious focus on showing what is underneath the skin. There were various different models with skin/muscle/blood vessels/organs visible. Seeing the various plastinated bodies was fascinating. 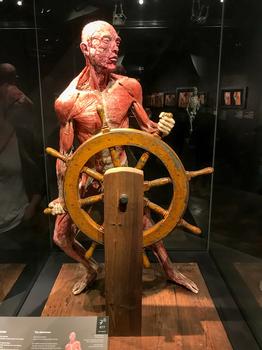 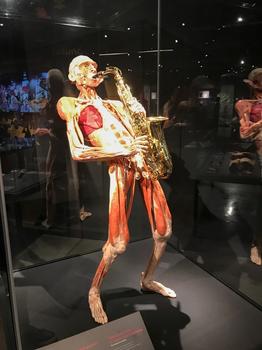 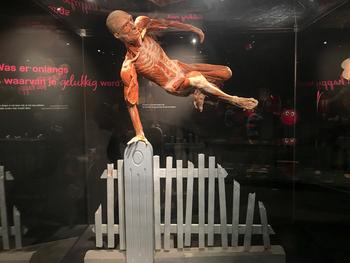 We decided that we would have a chilled, and frugal, dinner at home, rather than another night out, so we got off the tram a few stops early and popped into a supermarket. This was where we had a big culture-shock moment: Amsterdam (or possibly all of The Netherlands) is very anti-credit-card. We could only pay for groceries with Maestro/Cirrus (which none of us have anymore), or with cash! This is a massive contrast to home, and even more so to the US4 where I use my credit card everywhere. In reality, it's probably a good thing 5, but it was a bit confronting to scramble for cash once we got to the checkout.

It was really nice to have a home-cooked meal, especially a fresh salad. This is probably one of the things I end up missing most when on holidays. Obviously, it is possible to eat fresh fruit and veg on holidays - even when eating out - but it does seem to be a lot harder.