For our last full day in Amsterdam, we decided to head back to Rembrandt Park before breakfast. I ended up running solo, with Amy and Andy going their own pace, and Nadine walking. I did 5km, a little bit slower than my normal pace at home, but it felt really good. This year my goal is to get my 5km time under 25 minutes, but more importantly, I'm aiming to stretch distance to a half-marathon.

After the run and breakfast, we headed into the Van Gogh museum. I'm not a great one for articulating opinions on art, but I know that generally, I enjoy Van Gogh's work, at least the stuff that is more pointillist-influenced, and less of the realism. The museum also gives a lot of context into Van Gogh's life, which was not particularly long but was "interesting" in the cold, external view of a bystander who isn't a brother or sister-in-law who has to watch someone with a mental illness decline and then commit suicide.

We also saw an exhibition of prints and lithography in Paris. This was cool, but I was mostly "museumed out" by this point, so I don't really have much commentary1.

After Van Gogh, and a walk through the Art Square for a tourist photo (alas, not with my, so I don't have it) with the "I Amsterdam" sign, we walked back to Dam Square for another walking tour. This one took us through some of the more modern history elements of the city, covering some background on the (ongoing) issues with squatters in the city, the fancy shopping district (9 Streets), and the old Jewish quarter and what happened there during WWII. It was a very interesting tour, but our tour guide - Tim - did himself no favours by telling us it was the first time he'd done this tour before we even started. 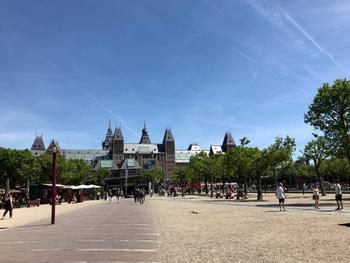 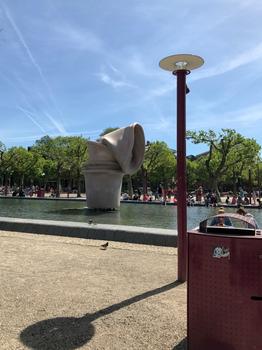 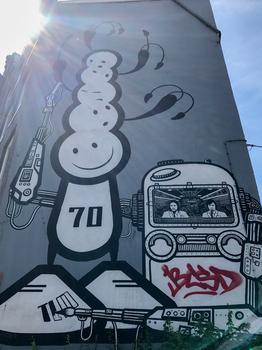 Once the walking tour was done, we walked back to the edge of the 9 Streets district to visit Screaming Beans - a well-rated coffee roaster and coffee shop (as opposed to "coffeeshop"). The coffee was pretty good, but not amazing, and very expensive at €4 for a regular cup. The break from walking and the carrot cake made it all worthwhile though. 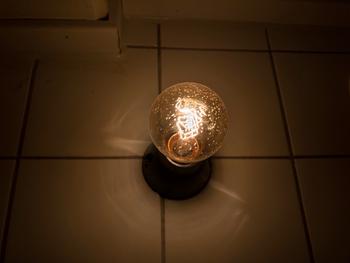 Since it was our last day, we decided to round out the trip with a Canal Cruise. We picked Friendship2 and had a one hour cruise with just the right amount of commentary3. Thanks to some filming on the Seven Bridges, we had to take a detour that didn't really have the clearance, which made for a little bit of excitement. It was very relaxing to slowly drift down the canals, and it was a great end to the trip for the four of us. 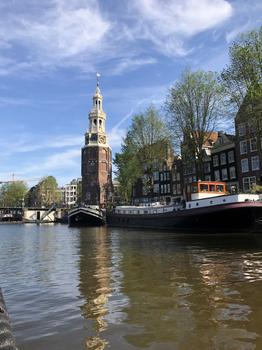 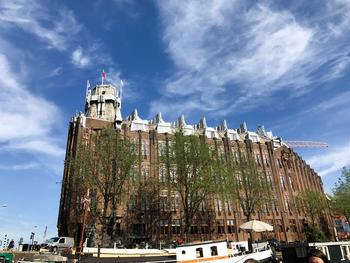 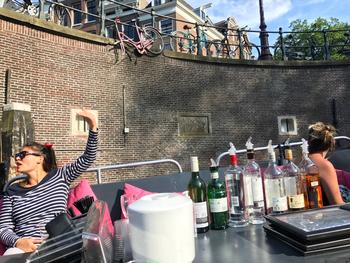 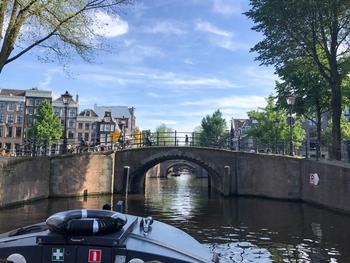 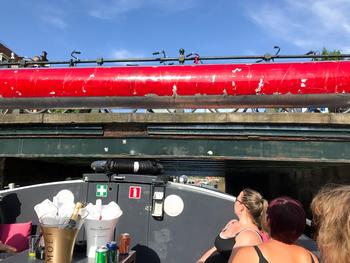 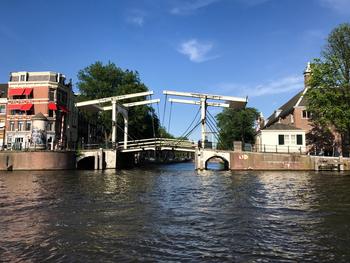 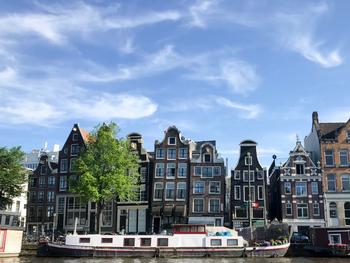 We decided to order in for our last dinner, as we were all feeling quite tired. We ended up with some particularly uninspiring Iranian food. We didn't get the dishes we ordered, but given the quality of most of the rest of the food, it probably doesn't matter. We did have a bit of excitement when a mouse showed up on the kitchen counter looking for food. Finding little but some loud yelling people, it soon gave up.