HOME! Finishing up the journal on the couch, MasterChef catch up on the TV, and a mug of coffee in front of me

Departure day. The four of us were heading in different directions at different times today. We packed up and set off for Centraal where we would drop our suitcases while we went to grab breakfast. We had a simple but tasty breakfast at Prins Heerlijk restaurant before Nadine bade us farewell to head to the airport for her flight. After some half-hearted window shopping, Andy, Amy and I wandered back to Centraal. 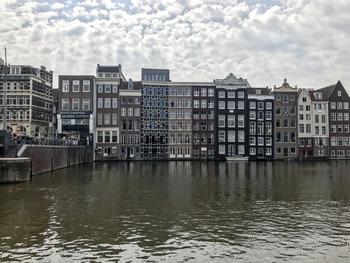 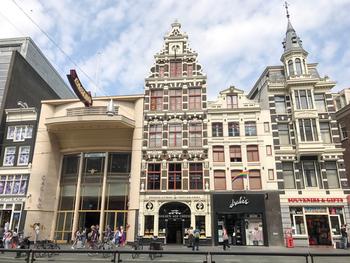 A&A sorted out their tickets, boarded their train to Brussels and I set off to find somewhere to kill a few hours before heading to Schipol Airport. I sat in Starbucks with a cold brew and a cookie to catch up on some journaling, then decided to hop on the ferry across the IJ. I walked along the shore a little and decided to take advanatage of the clear day and head up the A'DAM lookout tower. The views of Amsterdam were fairly impressive, although the school excursion group up there didn't exactly make for a serene experience. After enough views and photos, I went back across the IJ, picked up my suitcase and jumped on a train to the airport. 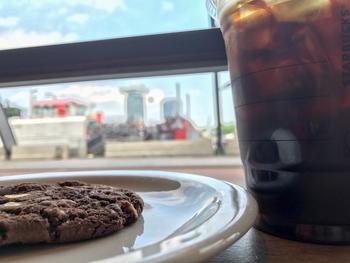 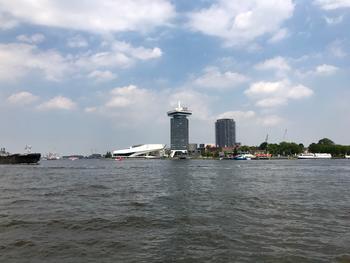 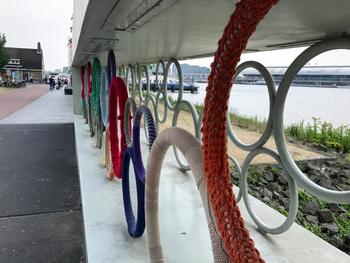 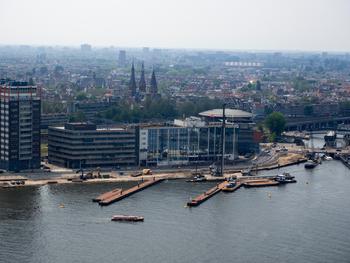 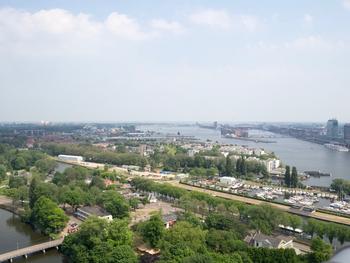 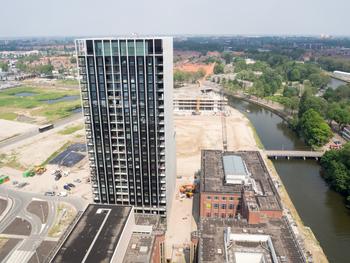 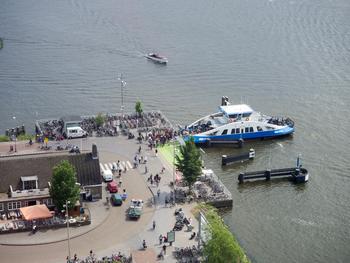 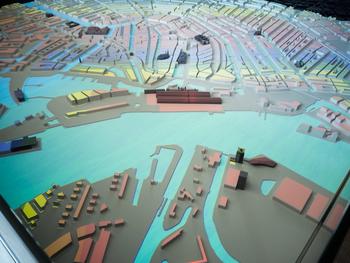 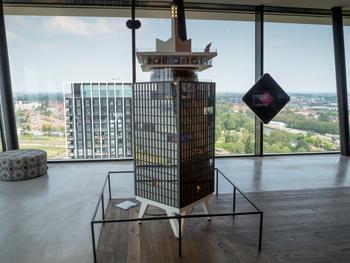 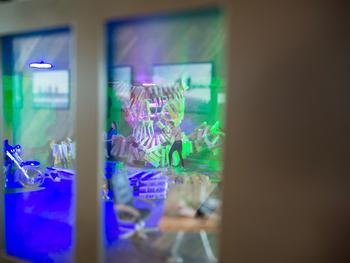 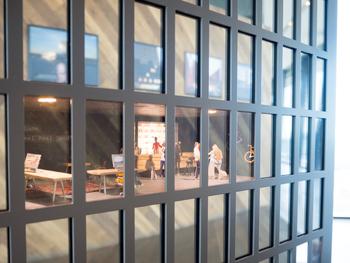 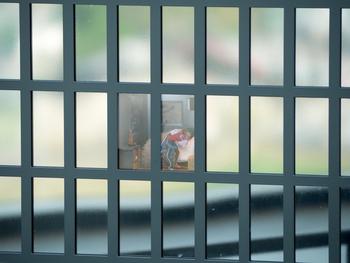 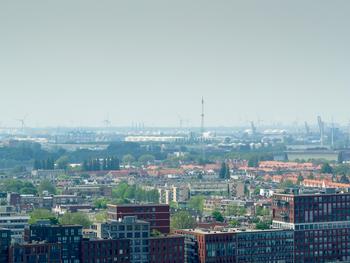 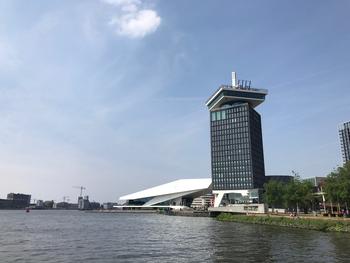 I was a little too eager, and I arrived at the airport 2 hours before check-in opened! I found a cafe, had a beer and some lunch, and waited to be allowed to drop my bag and head through to the lounge.

Once I was through security it was nice to just sit and chill in the lounge, have a snack and catch up on more journaling1.

I think this was my first flight (on any airline) on a Boeing 787. Certainly a first with Etihad. I had an empty seat next to me, which was nice. The guy on the other side of it was Alex, a Dutch ship captain, who lives in Panama, but was flying to Abu Dhabi for work, via Amsterdam. He was a little chatty.

The service on this flight was the best I'd had on any flight (not just this trip). The senior attendant came and introduced herself to me after boarding, and then before the main meal service the crew again asked for my preference and brought it out early. Was a bit strange, but I definitely wasn't complaining.

At Abuh Dhabi I had some time to check out the Al Reem lounge. It's not bad - had decent food and comfortable chairs - but it was strange that it was an internal room with no windows at all. It also got very crowded for a couple of hours, but since I'd found a nice quiet seat, out of the way but close to the on-duty barista, the crowding didn't really affect me. After a few hours of chilling and writing in my journal I had a hot shower2 and then walked through the library (!) to my gate for the next flight.

The flight to Sydney was a more familiar Boeing 777ER. After boarding I actually had a whole block of 4 seats to myself, but before we even taxied out to the runway, some old dude plonked himself in the opposite end to me. I spread myself over 2 seats to discourage further opportunists. One guy actually pointed at the seat next to me and asked if anyone was sitting there, but I wasn't having any of it, and told him that I was using both seats. He didn't put up any resistance and went back to his allocated seat, so I was able to basically have 3 out of 4 seats in the block and get some sleep lying down. Didn't get the same personal service on this flight, so I'm guessing the previous flight was an outlier (or they misread "VA Gold" and thought it was much higher status). Thanks to the sleep and a couple of the Nolan Batman movies, the flight went quickly.

In another first, my passport worked in the e-passport gate in Sydney, and I was through passport control in just a few minutes. My bag took a while, but by the time I'd picked it up, my customs form had already been checked and approved (which is weird to me), so I had a quick walk out to the train station, and then HOME.

And so ends another trip, and another bout of journaling.