Because we could, we signed up for a 10km race the day after we arrived in the country. Thankfully, Europeans don't like waking up in the morning, so the race didn't start until 0815. We caught the Metro into town, met up with Ana (one of Andy's friends from primary school), and took our places in the starting zone. 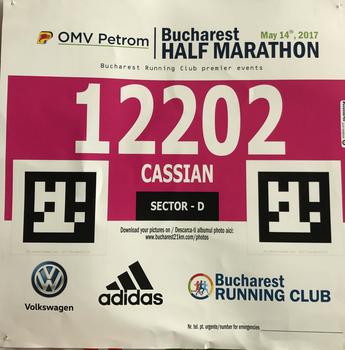 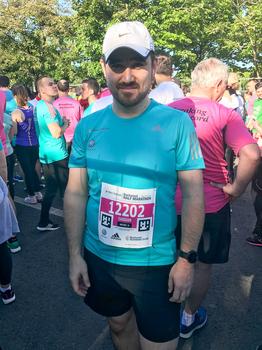 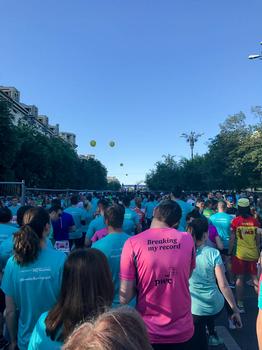 Bucharest is a delightfully flat city, so even with the crowds, the jetlag, and just general tiredness after a late night, we set decent times (61:30/61:41). I'm actually looking forward to the idea of returning to Bucharest for a half-marathon - and probably setting a PB that I'll never be able to beat in Sydney. 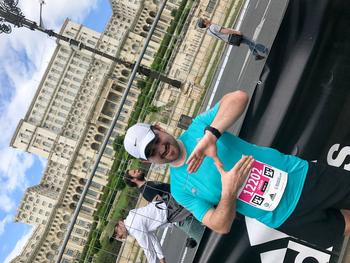 After the race, we had a glorious walk around the city, including a stop at a very impressive coffee shop called Origo. They actually had a flat white on the menu. What was weird - but took a while to register - is that the menu was entirely in English! 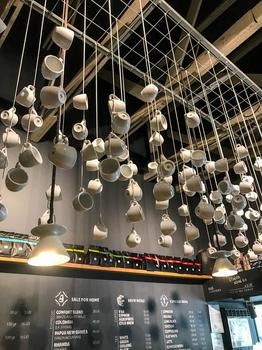 After heading back home, we had a visit/lunch catch-up from one of Andy's "cousins", which was a great source of information for future Bucharest adventures, as well as a few things to check out when we head to Amsterdam later on in the trip.

Our plans for the evening fell through, so we decided to go supermarket shopping and pick up some stuff to cook dinner. Maybe I'm weird, but I love supermarket shopping in other countries. Andy does too, so at least we're weird together. Just seeing how the aisles are arranged, as well as what items have broad range vs little-to-no choices gives a bit of insight into the items that are prioritised / more prevalent in a society. We spent far too much time in a relatively small supermarket (so much so that we copped a bit of flack for missing the dinner window), but managed to come away with some "as fresh as supermarket possible" pasta, and some snacks for the upcoming road trip, as well as renewed jealousy over the range and quality of ready-made food and sides that seem to be available in every country I've visited lately compared to Australia.

After a later-than-usual dinner (actually not very late, probably ~20:30), we gave Andy's grandmother a couple of small presents from home, and then I crashed. Hard. We didn't go to bed until about 22:00, but I'm pretty sure that I was sitting/walking/talking while asleep for at least an hour before bed.