Despite our best efforts to acclimate to the timezone by "pushing through" and exercise, I still woke up around 05:00. This trip I'm trying (failing) to cordon off internet access to set periods of time, or at least not be "always on". This meant I spent most of the morning reading (Neil Gaiman's Norse Mythology), and then writing in my journal over coffee. Which I guess is precisely the motivation behind disconnecting from devices.

Late morning Andy's parents arrived and it was time for our next step of the adventure to begin:

Our destination for day one was Port Cetate - An artist retreat / function venue / bed and breakfast owned by Mircea Dinescu a writer/poet who became famous during the Romanian Revolution.

This is the first time I've been out of Bucharest without heading to the mountains, and only the second time I've done any significant travel by road, not train. The quality of the roads - even two lane roads in the middle of nowhere - is very good, and there was also the shock of seeing roadwork signs and PEOPLE ACTUALLY DOING ROADWORKS!

Our lunch stop was a mildly embarrassing affair, buying a couple of pastries to "justify" basically making our own sandwiches at the shop's tables, but it meant we had a nice sit down picnic in the middle of the day's driving. Nobody seemed to bat an eyelid.

We arrived at Port Cetate in the late afternoon and had a walk along the Danube, looking at the "Park of Angels". It's still a bit weird (as an Australian) the idea that looking across a river can be looking at a different country. The sun was streaming down and it was glorious just walking along the shore. 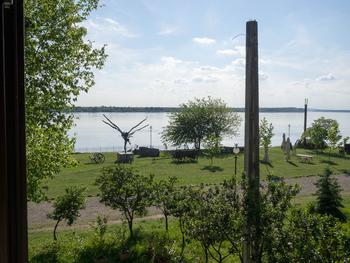 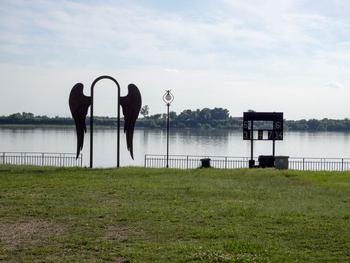 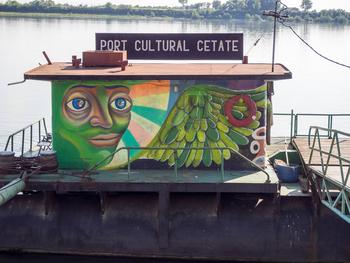 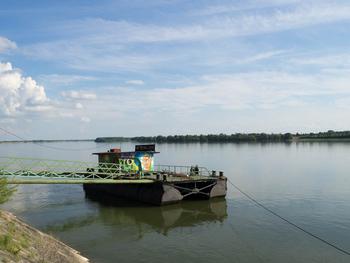 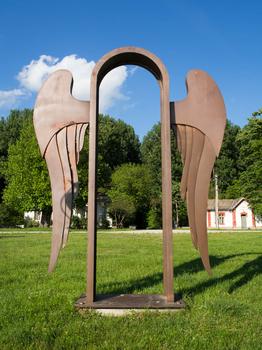 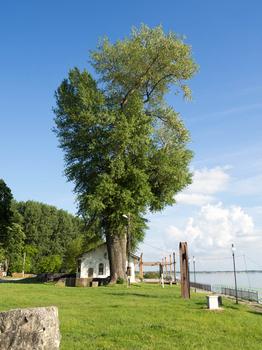 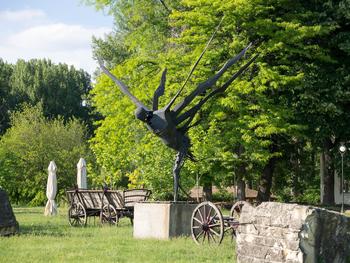 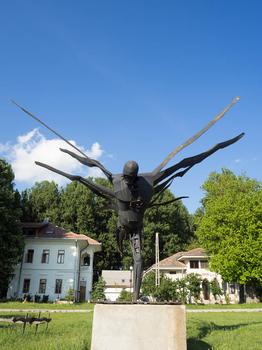 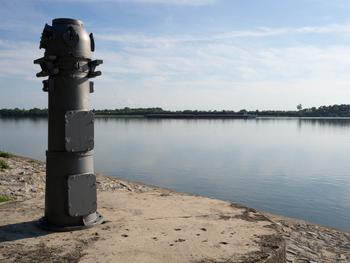 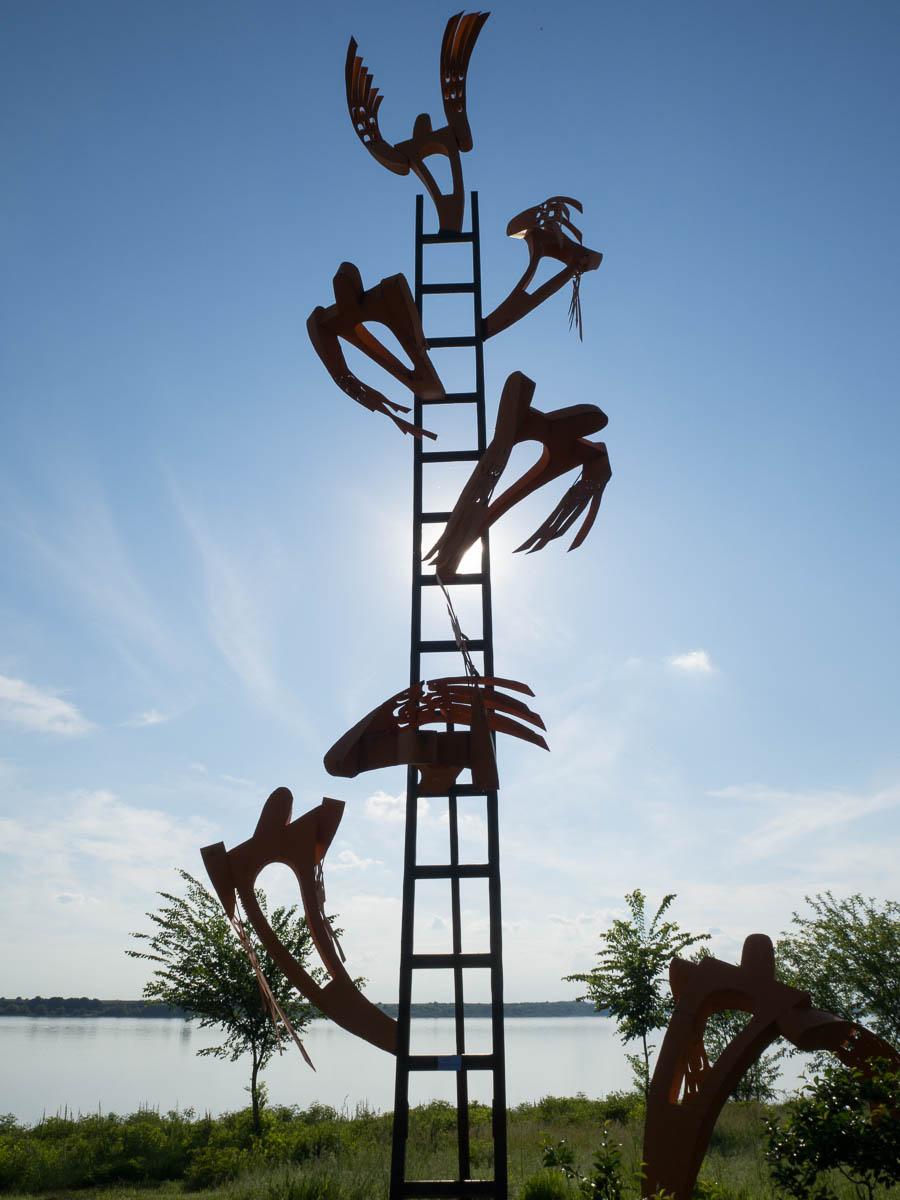 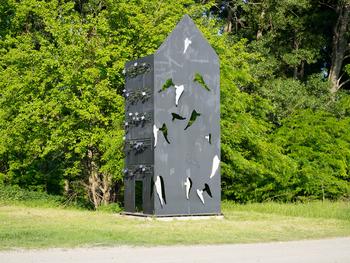 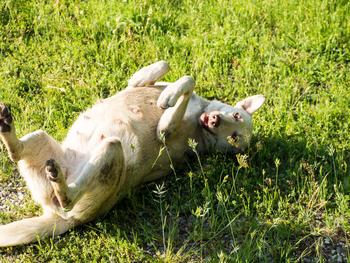 Dinner in the evening was amazing. We had a table set by the shores of the Danube, as the sun was setting, and the food was all freshly prepared, locally sourced and superlative quality. Of course this was accompanied by tuica (made with local nectarines, rather than the traditional plums), as well as several recent releases of Dinescu's wines. The menu: 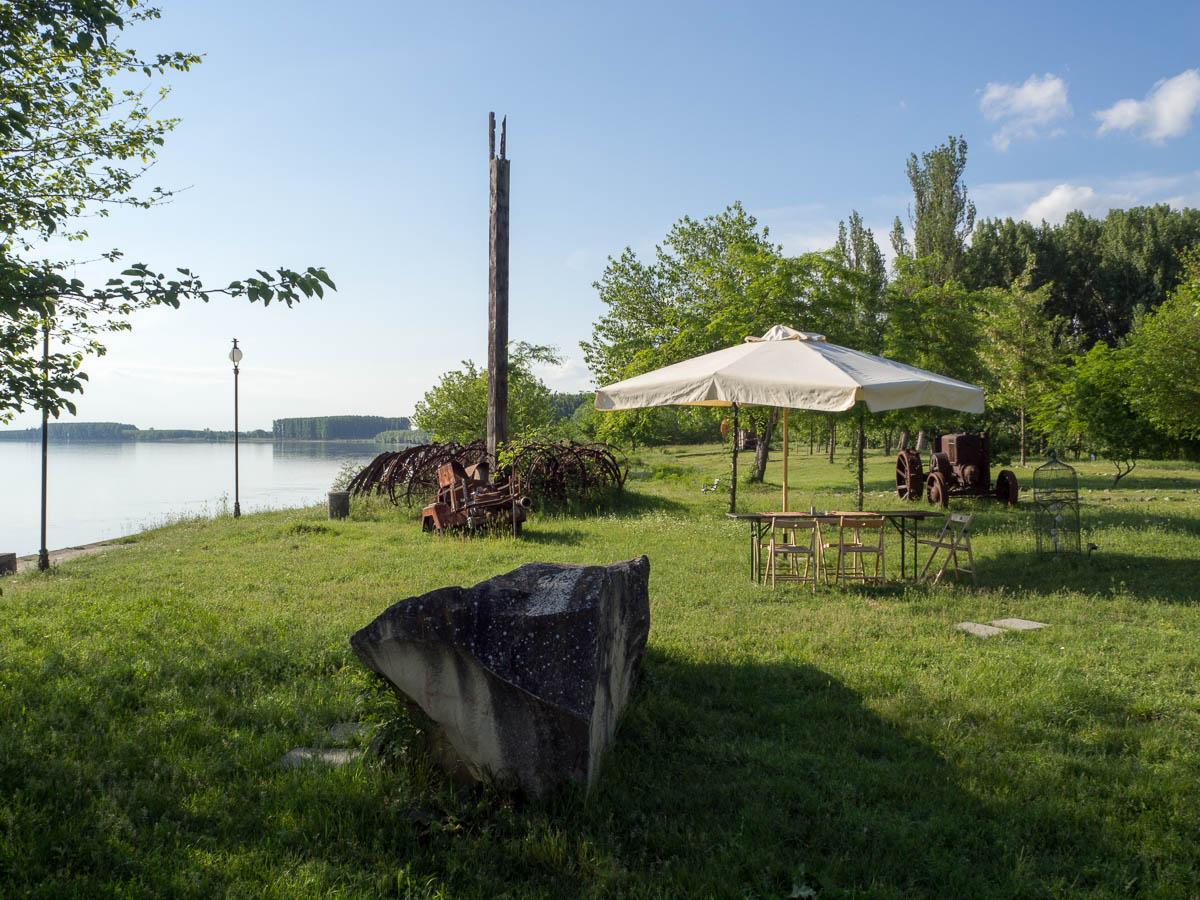 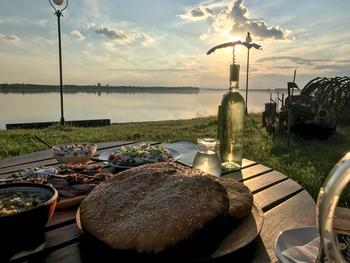 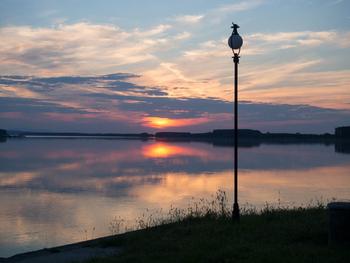 After such an epic and delicious meal, we crashed pretty hard at about 23:30 - fat and very happy.