After a lazy start, we set off to a salt mine. Salina Turda is a medieval salt mine that was active until 1932. It's been extensively renovated (to within an inch of its life), but is a spectacular sight nonetheless. The renovations are a little bit peculiar ...

But, of course, food and drink are strictly prohibited in the mine. 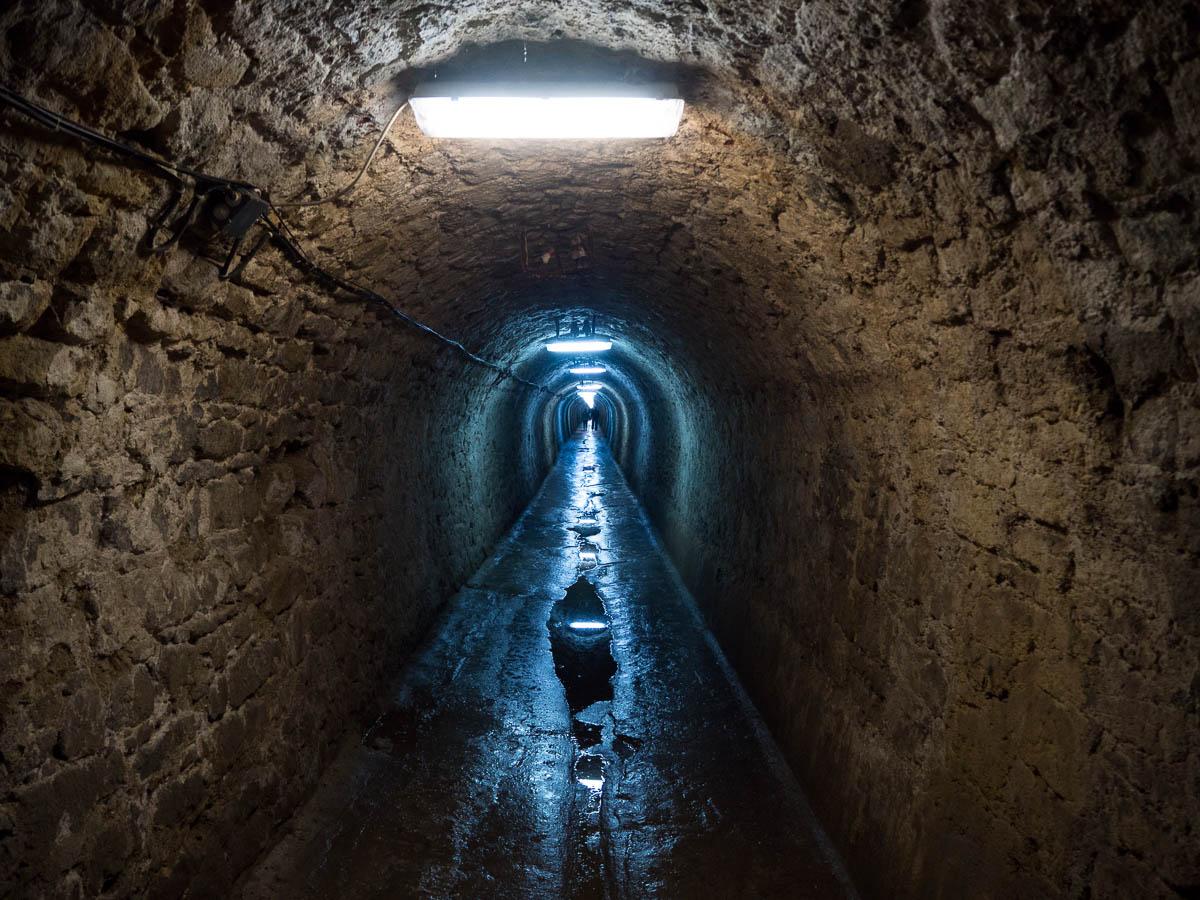 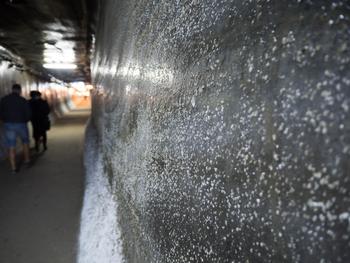 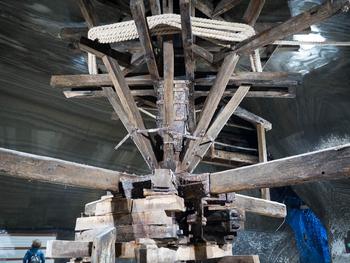 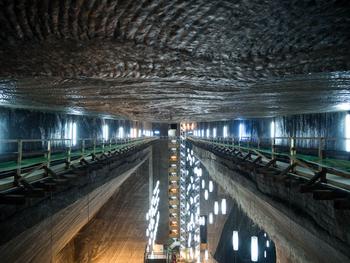 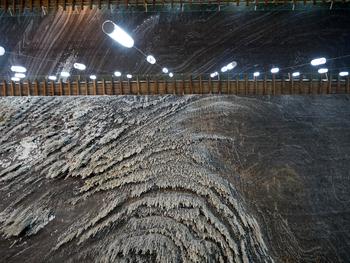 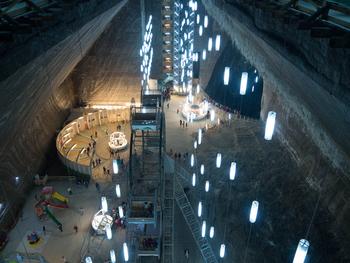 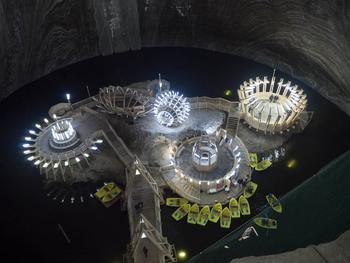 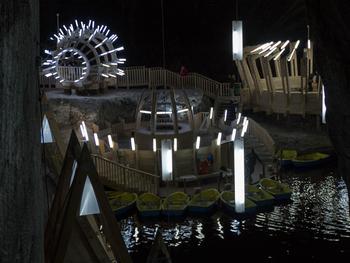 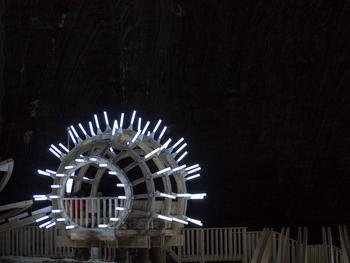 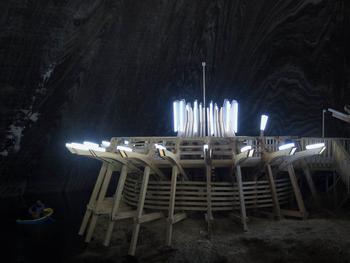 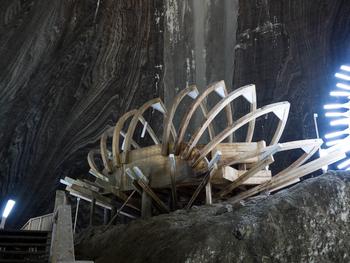 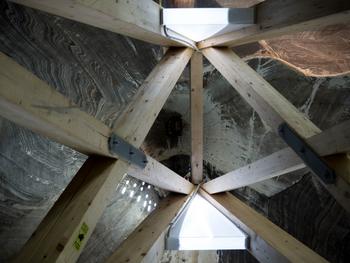 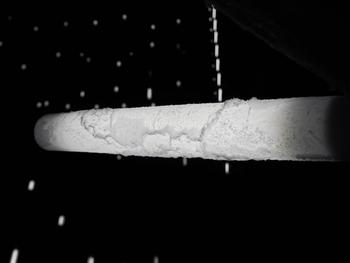 After a BYO lunch at the entrance to the mine (escaping just in time as a horde of school children were released from the mines), we drove back to Alba Iulia, and through to Sibiu.

It was lovely to return to Sibiu after a few years. Andy and I were last here at the end of 2007, spending New Years Eve in Piața Mare watching Europe play The Final Countdown in to 2008. Seeing the city in Summer (well, almost) with the sun streaming down was pretty nice.

Our hotel for the night was Hotel Imparatul Romanilor (The Roman Emperor Hotel), a grand old building just off the main square of town. The inside was definitely decadent, or would have been around the turn of the 20th century. Unfortunately, the hotel has only been maintained at a 3 star standard, and feels like it falls well short of its potential. Despite this, there were some very nice touches. Our rooms were lofted, with the bed on a mezzanine, and tall windows looking down on to the pedestrian mall that runs through the old town centre of Sibiu. 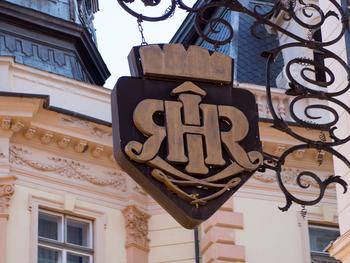 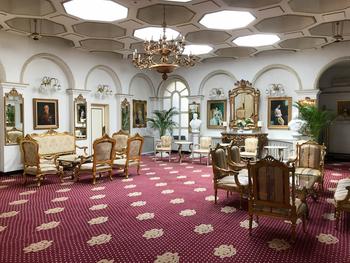 The dining room was similarly "faded decadent", with the centrepiece being a retractable roof that opens to the air in an internal courtyard. The roof was constructed in 1916, so the fact that it is (a) still intact and (b) still working after 101 years and 2 world wars is pretty impressive!

We strolled through the town and found a wide variety of tourist-trap style terrace restaurants, and picked one for dinner based on proximity to a free jazz festival. Of course we couldn't really hear the jazz, as it was inside a marquee, but the few licks we caught added a touch of ambience, and the pizza (traditional Romanian fare) was surprisingly good. 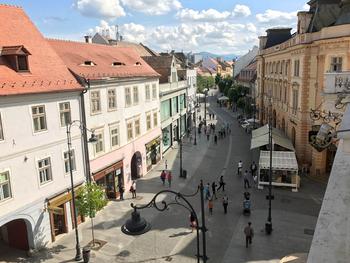 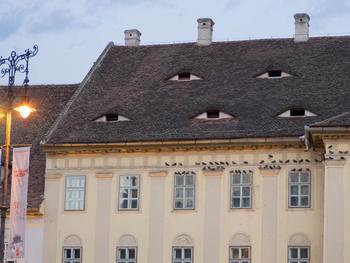 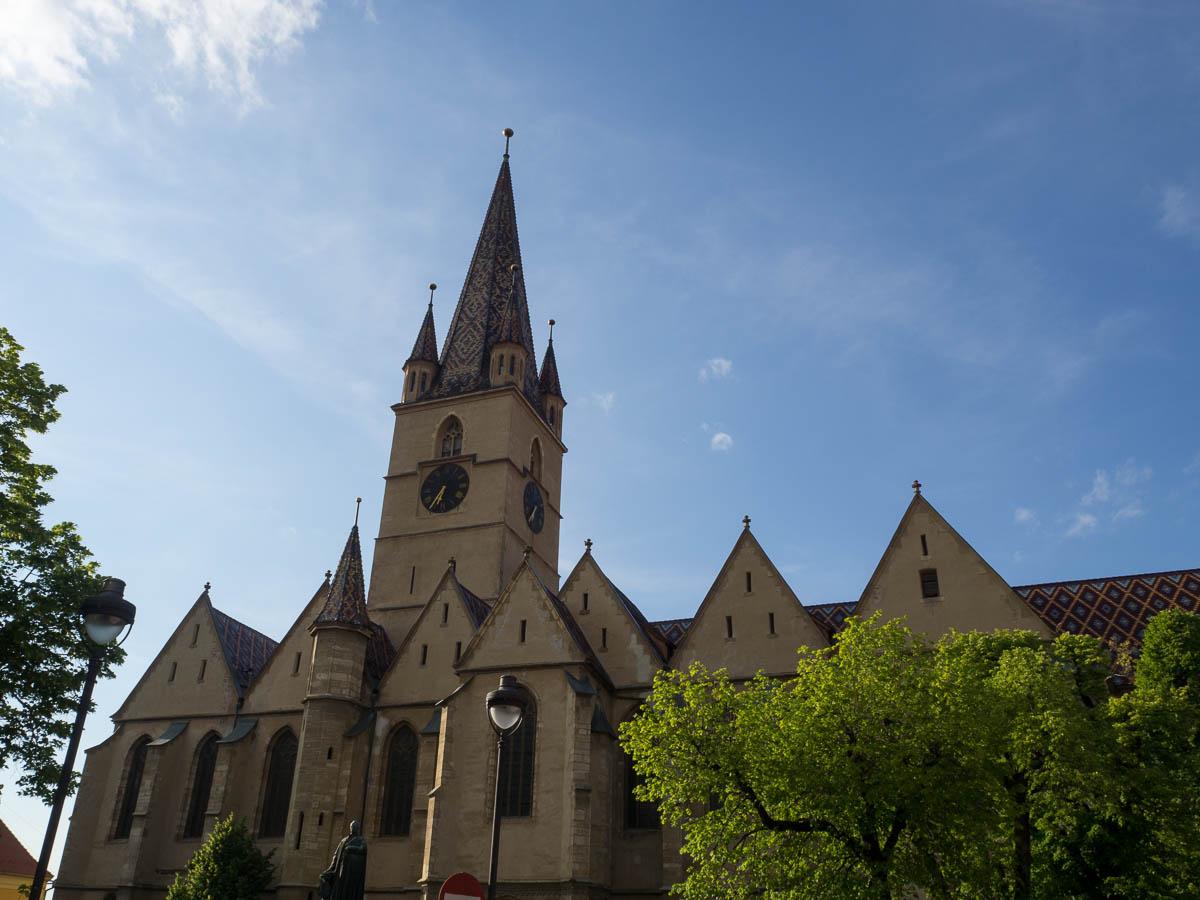 It's hard to capture in words the comfort and satisfaction of wandering through a well-maintained medieval town. So I won't. But it was pretty awesome.