Despite the odd accomodation, we had a really good night's sleep. We decided to have a short run to burn off at least a little bit of the excesses of the previous nights. We ran an easy 2km through the old town of Deva with Andy's dad, and it was really nice to just roll the legs over.

After a nice breakfast (Vegemite toast FTW!) and a long conversation with one of the local cats, we set off for "Castle Day". 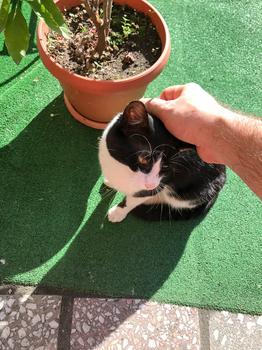 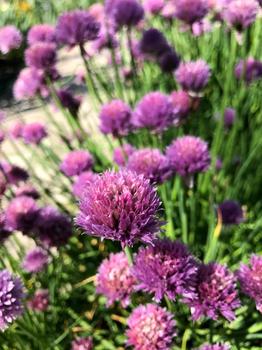 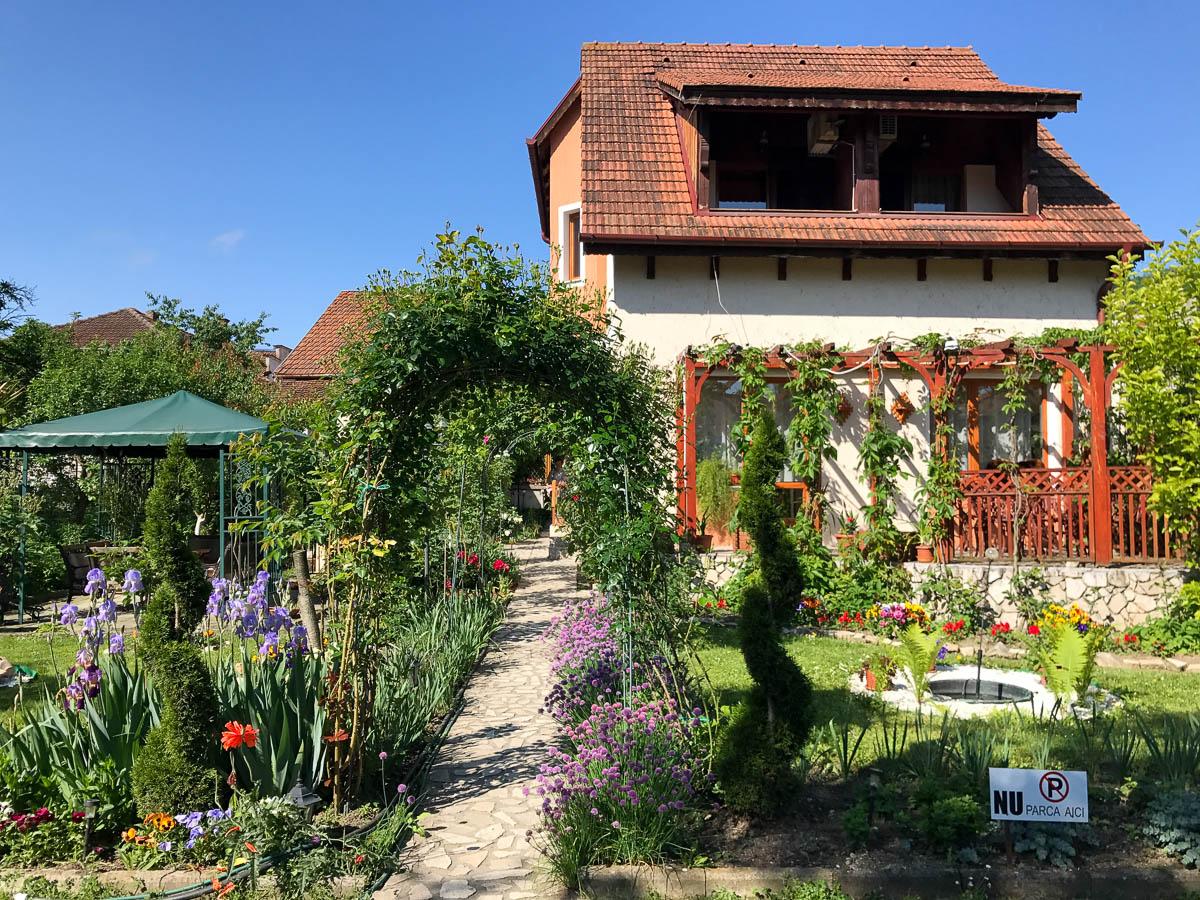 First stop was the Cetate Deva, which had long been looking down at us from the top of the hill. There's not a whole lot to write about these semi-rural fortresses, since the most impressive thing about them is the view that they offer of the countryside. This one also offered a giant snail, and signs promising vipers (but no vipers). 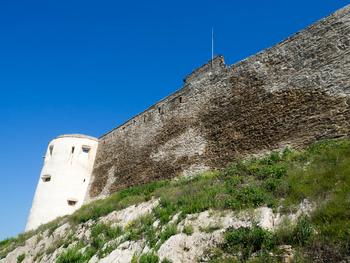 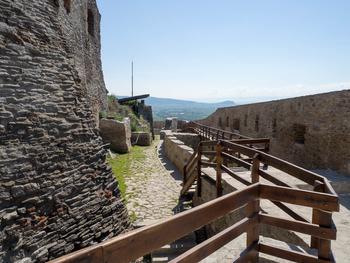 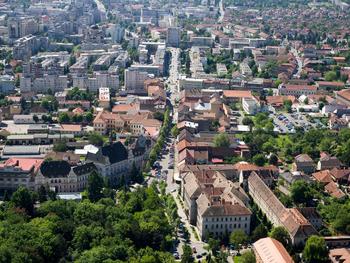 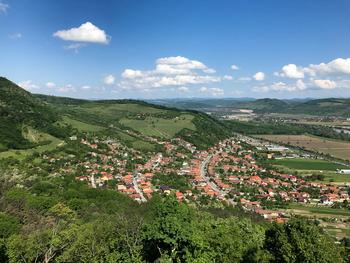 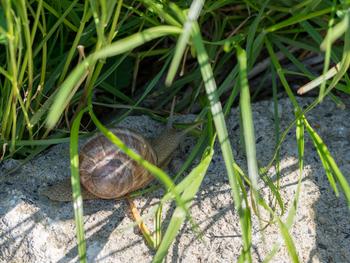 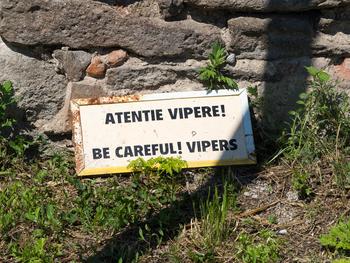 As we took the telecabina back down the hill, Andy's mum told us that the school at the base of the lift is the place where all the medal-winning Romanian gymnasts are trained. It was pretty inspiring to see the small statues of a large contingent of famous athletes, but at the same time intimidating to think of the kind of pressure these kids, and any others at the school, would be under. 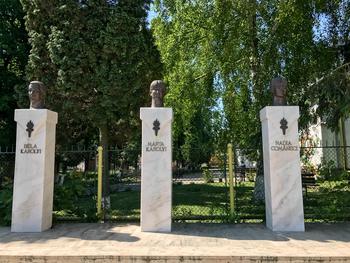 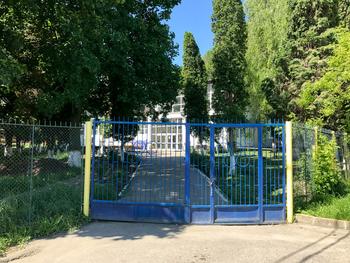 Our drive continued and we went to the Castelul Corvinilor (Corvin Castle) in Hunedoara. The outer structure and grounds of this castle look like they've been very well kept / restored, but inside was a bit of a disappointment compared to some of the other castles we've seen over the years. A lot of the rooms were completely bare, which allows for a sense of scale, but doesn't translate any of the feel of what it was like to live in. The small exhibit of torture implements and methods had nothing on the one Andy and I saw in Bran (Dracula's) Castle a couple of years ago. We did find some awesome heraldry though, including the Goat of Arms. 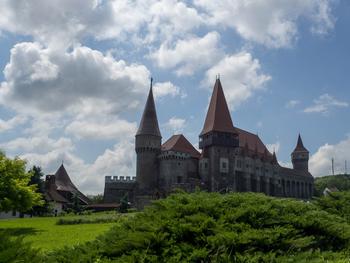 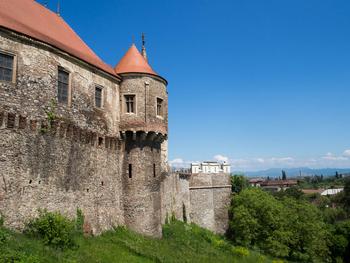 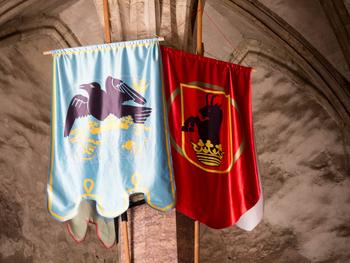 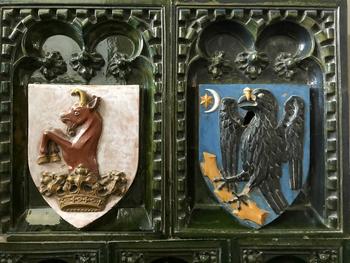 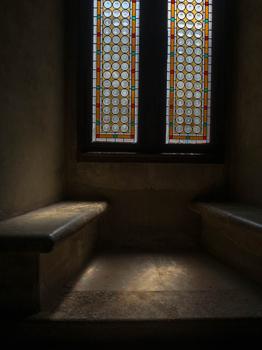 After lunch at a "Mod-Rom" pub, we drove to Alba Iulia, our destination for the evening. We weren't done with fortresses though, and after checking in to our apartment-sized suites in the hotel, we walked over to Cetatea Alba Carolina. This is more of a town than a fortress, and contains several museums, a university, and some Roman ruins to boot. There is also a large Catholic cathedral, right next to an Orthodox monastery. 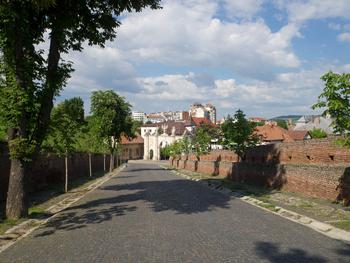 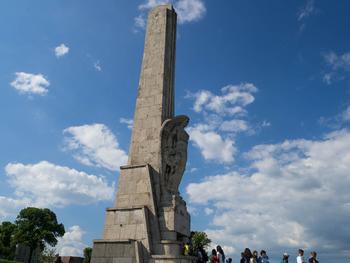 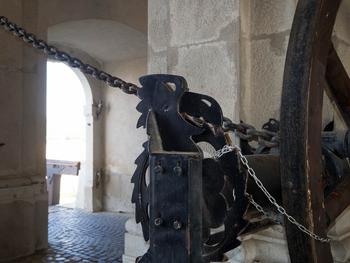 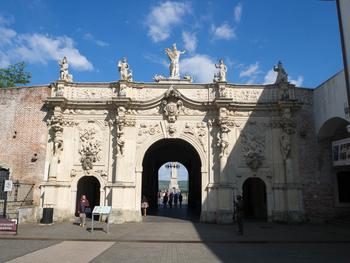 The most notable event in modern times for Alba Iulia is the signing of the unification of several different regions into "Romania" at the end of World War I. One of the museums has the original signatures and writing desk on display, as well as several portraits of King Ferdinand, who could apparently only present his left side.

Despite the walking and photography overload, this was probably one of the more relaxing days so far. I think this is largely due to the open and relaxing environment around Cetatea Alba Carolina, that felt like being loose in a well-kept town with historic buildings, rather than "another fortress". 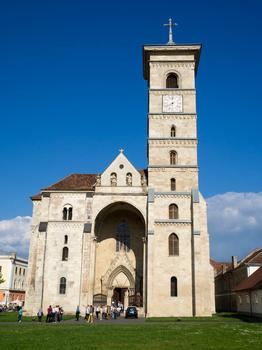 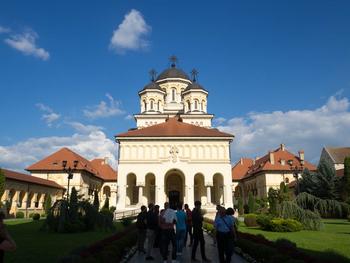 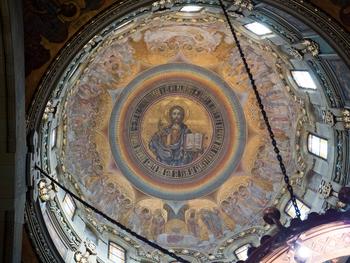 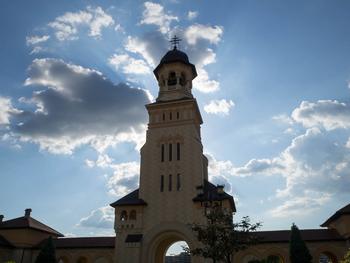 Dinner was interesting sounding, but uninspiring at Pub 13, a bit of a tourist trap restaurant in the fortress walls. After dinner we watched a bit of MasterChef and crashed out.