Jet lag still played a part in our sleep schedule, with both of us waking up ~05:00. Andy managed to go back to sleep, but I opted to stay up for reading and journalling time.

Before we left Port Cetate we had a glorious breakfast (with a lot of the same cured meats, cheese and jams from the previous night), including some fresh milk to table with no delay other than an intermediate boiling. Not something I've had very often, and was so delicious. Coming soon to a hipster order: "triple shot single estate with half stevia, organic honey, and freshly-squeezed milk - boiled"

The road trip set off again, with our final destination being a pensiune ("bed and breakfast") in the shadow of the fortress in Deva.

We stopped along the way at Decebal Rex, a monument to the last of the kings of the Dacian people. His face is carved - Mt Rushmore style - into the side of a hill along the banks of the Danube. While it might've been more impressive if it had been made in Dacian times, it was actually made in the 90's by a Romanian businessman. I guess if the Dacians had actually made it, the Romans would've just knocked it down anyway. 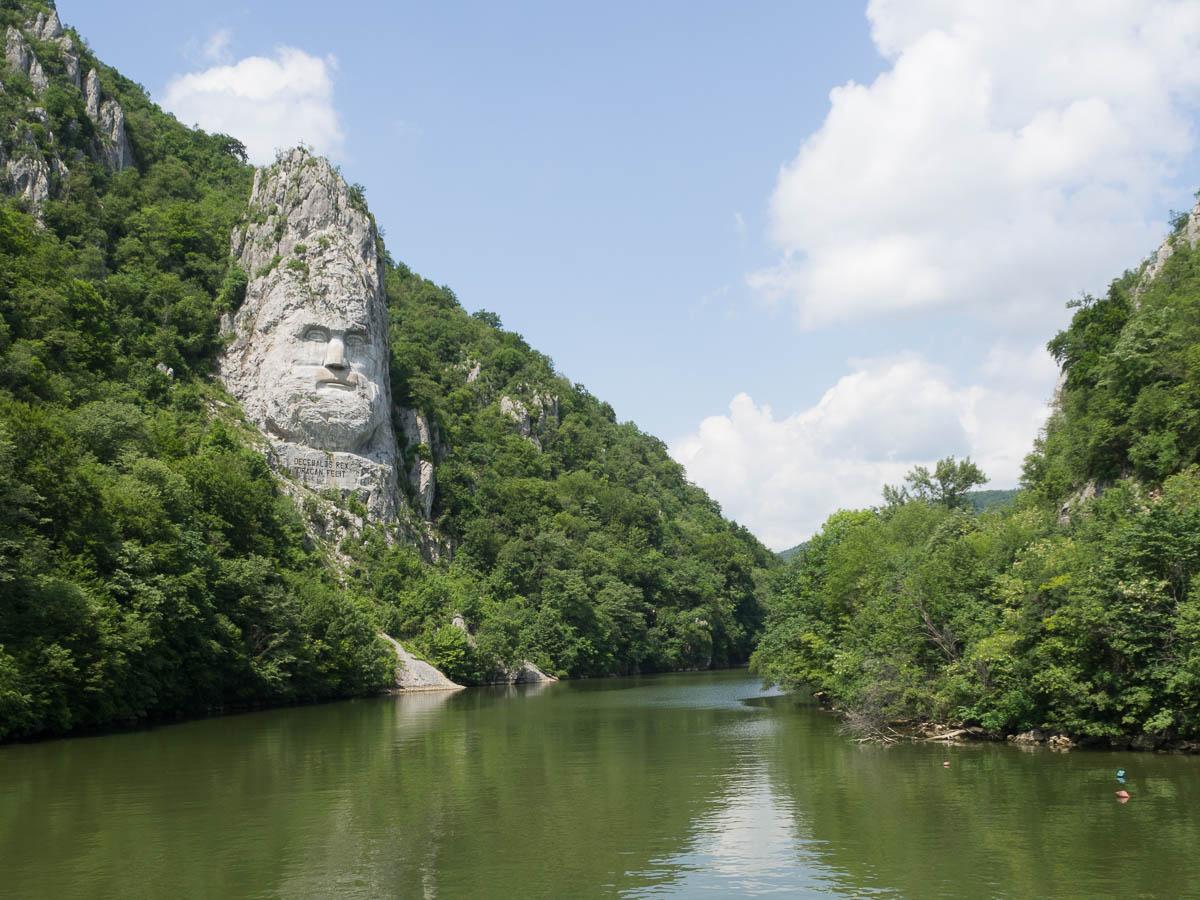 After the "Dacian Dude", we drove on to Băile Herculane, a small town built around baths fed by natural springs. There are some really impressive buildings from the early 1900s here, in various stages of disrepair. From talking to one of the locals, it seems like the town is having a mini-resurgence (despite only being at capacity for ~2 months of the year), and a lot of the old buildings have been bought by private developers and are being restored to be new hotels. Unfortunately the most impressive building, set against the cliffs on the banks of the Cerna River, stands derelict and crumbling. This is state-owned, and there's no budget for repairs, so instead all that is done is some temporary fencing and danger warnings. There's still an impressive presence to the building, so hopefully something changes before the structure degrades too much more. 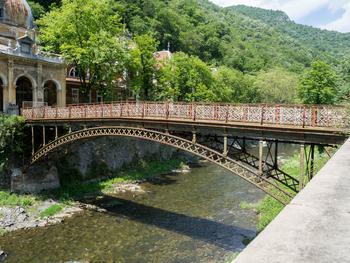 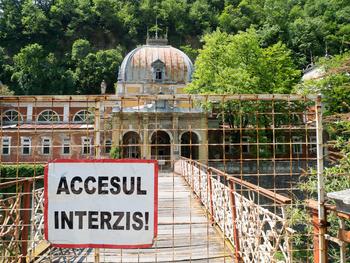 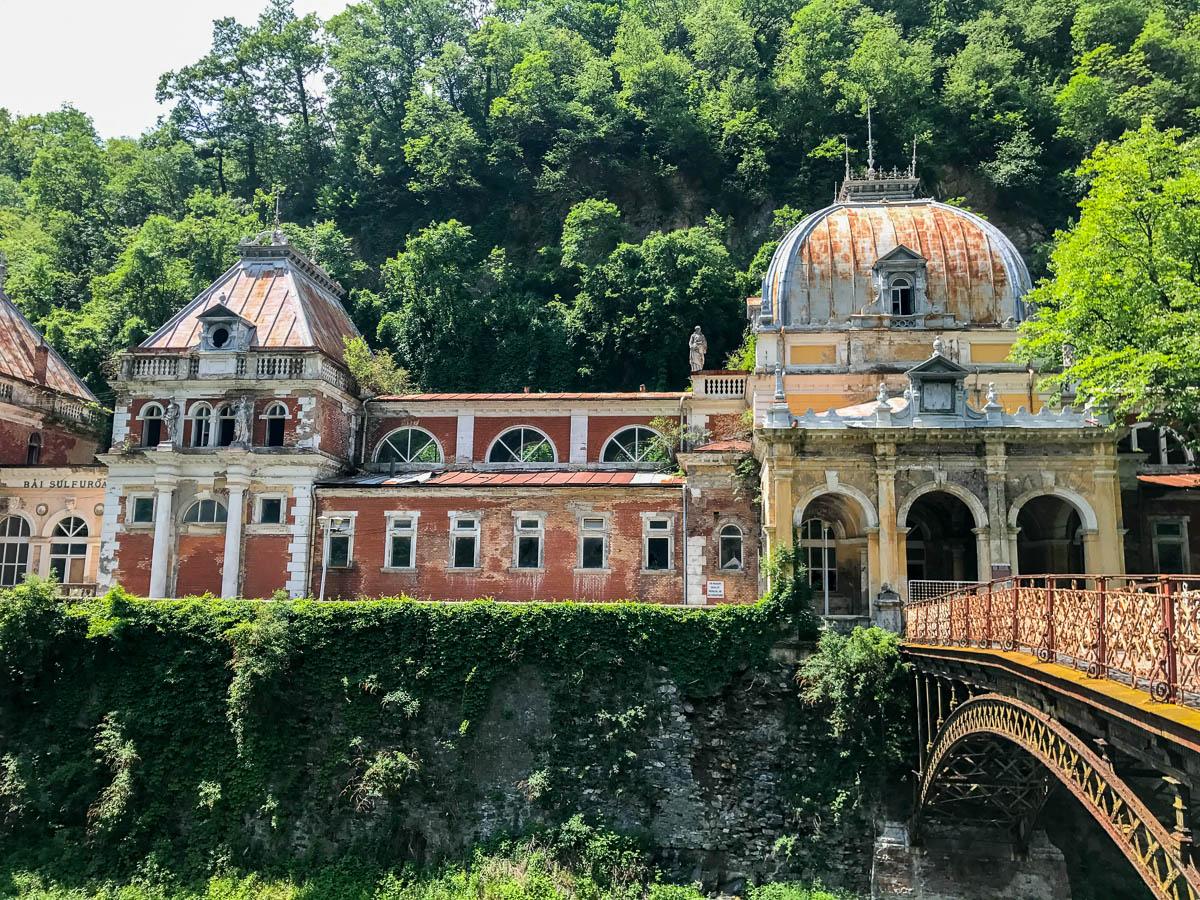 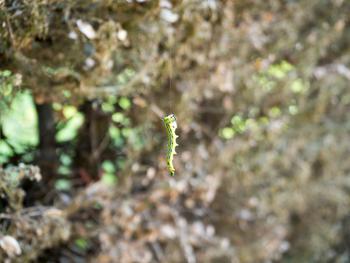 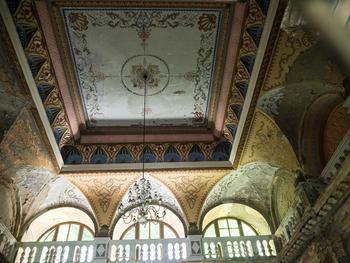 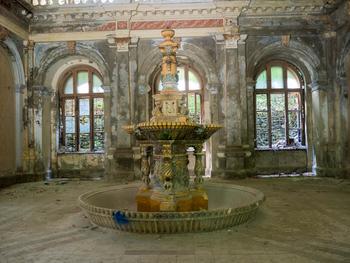 After a roadside picnic in Băile Herculane, we piled back into the car and drove on to Deva. Mountain roads, only 2 lanes, lots of trucks and precious few overtaking lanes. Not exactly an awesome experience, although would be quite fun without traffic. We mostly entertained ourselves by playing "village or hamlet"1 as we drove through built up areas, spotting churches, pharmacies and other utilities to gauge the correct classification. There was one settlement that was spectacular, in that we counted SIX churches, one of which was Baptist, a fairly uncommon occurrence in Romania in general, let alone a small highway town. Unfortunately I didn't catch the name of the place, so we can't give it proper credit.

We arrived in Deva too late to see the sights, so we checked into our pensiune, which was a clean but very old, motley collection of buildings run by a lovely old couple. The place had a treehouse (which I foolishly did not go into)! 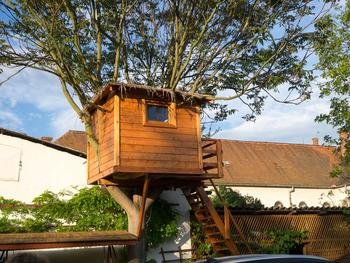 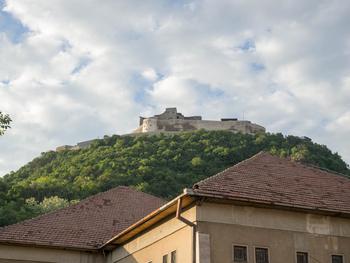 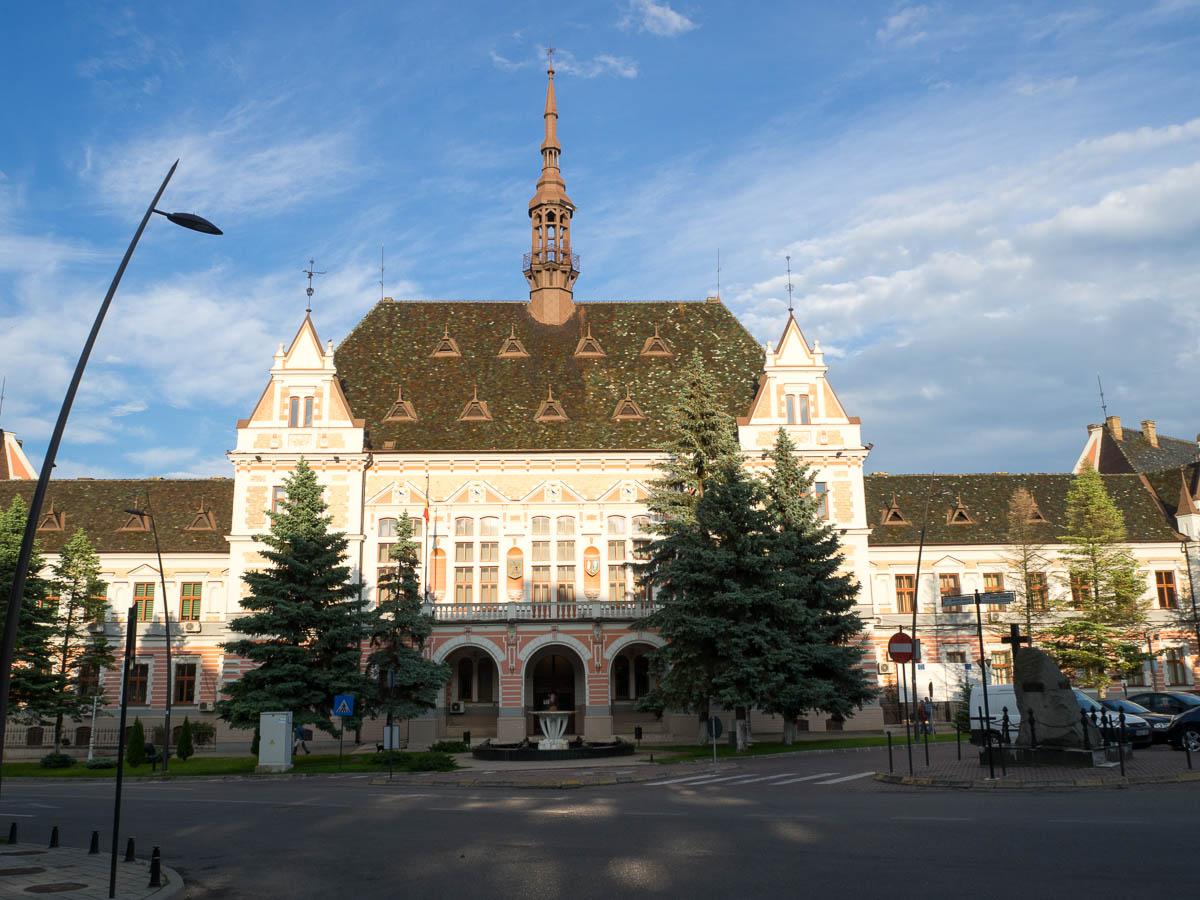 Dinner was a simple affair at a local pub. Beer, ciorbe, mici and papanași. Perfect! We took a short stroll around the old town to finish off the night, and then off to bed. 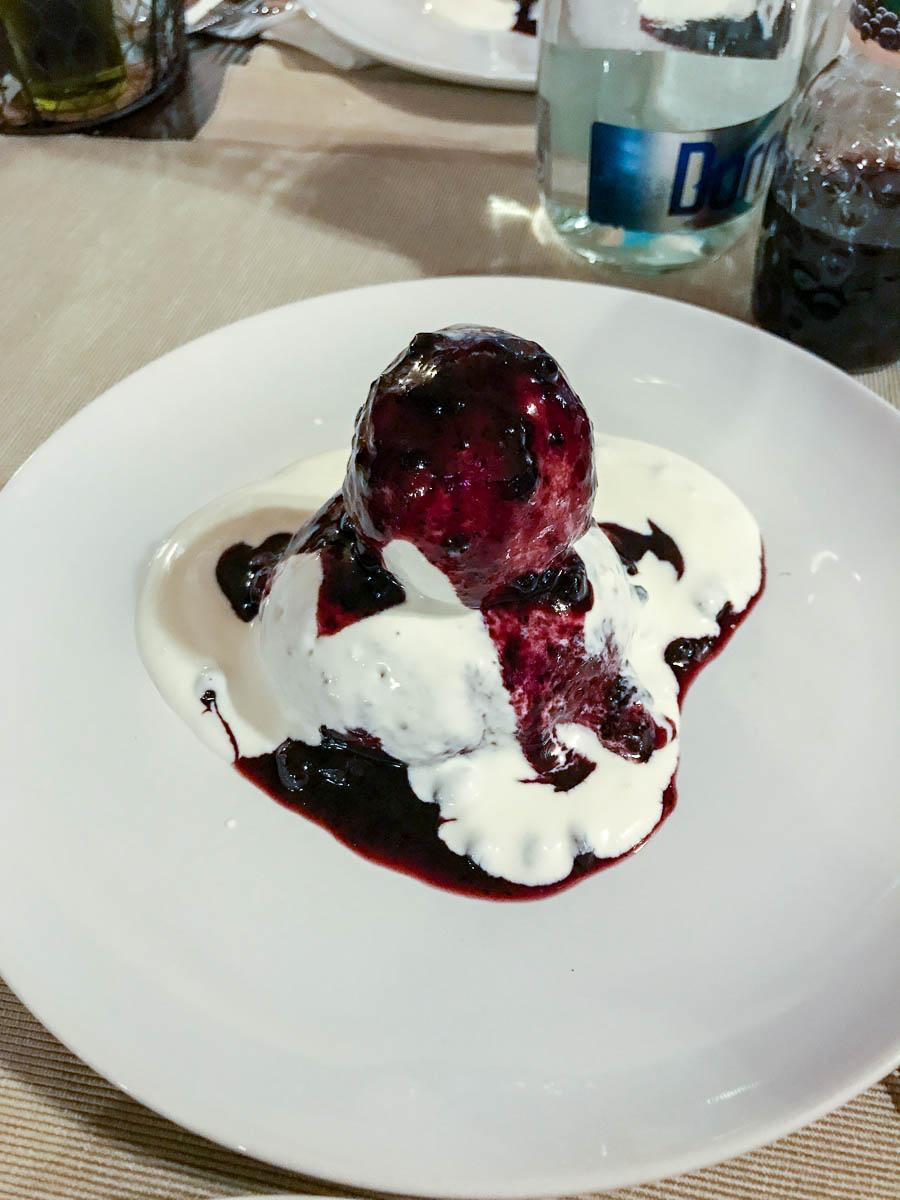 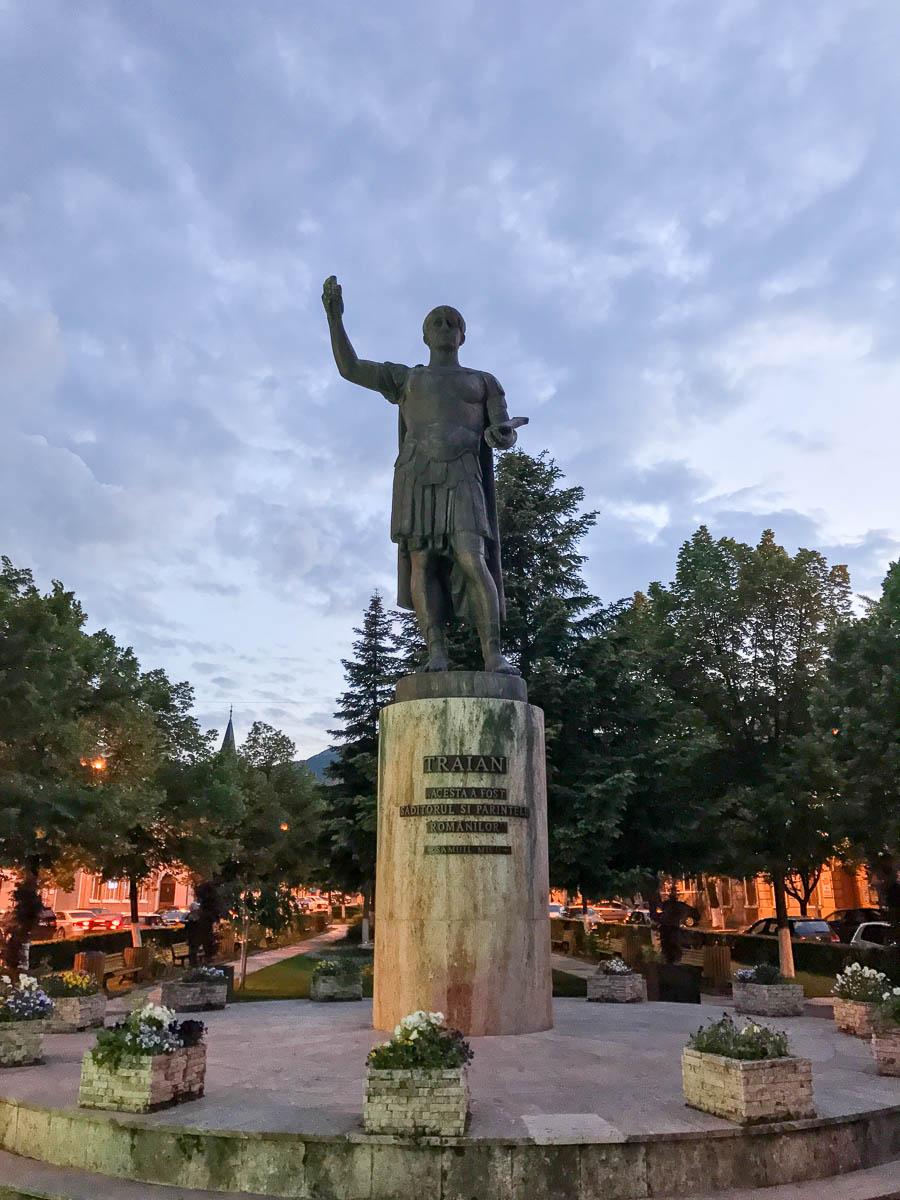 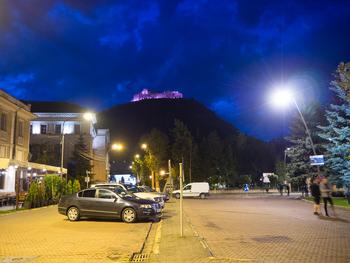 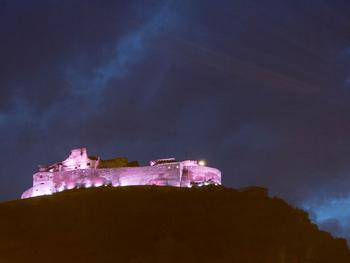