After almost 2 weeks, the cocks finally got me!

We've heard roosters crowing basically every morning, but always after waking up. Today they caught me as I stirred at 05:00, and managed to break through and properly wake me up. Given that I didn't get to sleep until ~00:30, I forsee some grump today. But we have a short flight, and then a long bus trip, so options for napping abound.

We pre-booked a car for the airport run this morning, and got to partake in Bucharest's morning rush hour from the air-conditioned comfort of a Peugot 508 - with functional seat belts, no less! Either I'm mellowing, or I at least have different filters for OTP, but I wasn't stressed at all about the heavy traffic, nor about arriving at the airport "only" 1h 45min in advance of the flight. Obviously my relaxation was justified, since bag drop1, security, and passport control took ~15 minutes all up.

And so we come to the end of another stay in Romania.

The flight itself was ok, up until the end. We've flown Tarom a couple of times, and the service has been pretty good each time. The "snack" they served was a decent lunch, so no real complaints there. The problem started on the descent into Prague. My sinuses are dicky at the best of times, but this time it felt like my sinus over my right eye was going to explode. The pressure was intense, and it was a whole new type of tingly, sharp pain that I've never felt before in my years of experience with sinus pain. Thankfully it subsided quickly once we touched down, but far out, that was especially unpleasant.

We decided to splurge on a private airport transfer service to get from the airport to the bus station for our next leg. Pretty nice to have a private driver at each end of the flight, and also to be travelling in countries where we can afford it. Our very chatty driver gave us a couple of tips about Prague, approved our timelines for Cesky Krumlov and Prague, and told us that he worked in several countries - including Australia - rolling out some logistics program for Philip Morris2. He also told us how much he preferred New Zealand.

We didn't really take in much of Prague as we got driven straight to the bus station, which is a bit out from the centre of town. After a short wait, we boarded our ridiculously fancy bus - we're talking wifi, individual touch screens with movie & tv libraries in 4 languages, live mapping, and cabin service with free tea/coffee/hot chocolate!

I spent most of the trip on my laptop, doing the needful to get my blog engine running so I can start typing up and publishing new posts without having to remote in to my machine at home. I did catch a bit of the scenery though - a lot of very striking and yellow rapeseed fields, with rolling hills in the background. 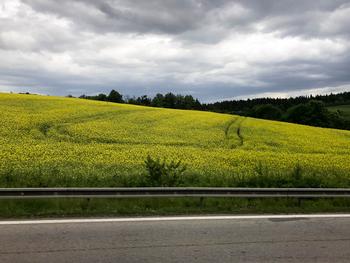 After 3 hours we arrived in Cesky Krumlov and started walking towards the centre of the old town to our hotel. Honestly, this place. Not 100 metres from the bus stop we were treated to a ridiculously amazing view over the town towards the castle, and it's not even one of the marked "good viewpoints" on the tourist maps. While cobblestones don't really agree with rolling suitcases, it was amazing to walk through a beautifully maintained medieval town, with each turn offering another sneaky glimpse of the castle tower, the church, or the Vltava river. 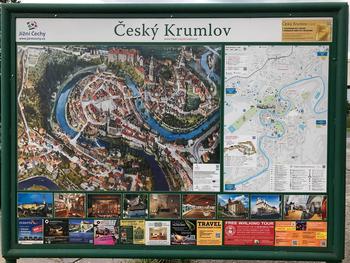 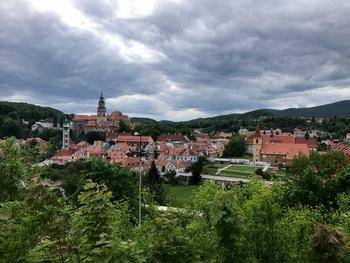 We checked in to Hotel Leonardo, a boutique hotel just off the main square. I forgot that we'd decided to splurge and book ourselves a suite, so we were very pleasantly surprised by our massive room, complete with king bed, 3-seater sofa, large arm chair, huge desk with a 21" iMac, glass-fronted book cabinet, and a bathroom that is bigger than most hotel rooms, complete with a spa tub.

For dinner we walked through town to an unassuming pub / restaurant - Švejk - for some traditional food and beer. Any glimmer of hope that our Czech Republic experience would involve healthier food than Romania was dashed as we started with a terrine made of pork crackling and fat, spread with onion on amazing bread. This was followed (for me) with roast veal in a horseradish sauce with almond flakes and home-made bread dumplings. Unfortunately the beer - Kozel Černý - was a little disappointing. The only dark beer on tap, it was light in colour, alcohol, and flavour. It was like all the components were there, but the end result was watered down and weak. 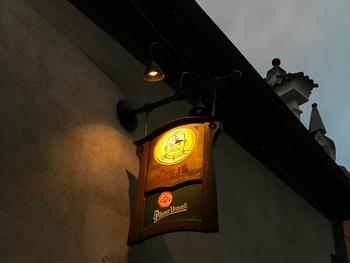 The pear brandy I had pre-dessert was anything but watered down though. While the alcohol was a bit rough, the pear really came through. Dessert was an Austrian pancake with berries, sugar, and cream that was surprisingly light, fluffy and eggy. The coffee was perhaps the worst I've tasted this trip, including the 3-in-1 instant coffee I had when no other options were available.

After dinner we wandered for a little bit, got a couple of sunset photos that don't capture the epic glory of the town, laid some loose plans for the morning and retired to bed with an episode of MasterChef Australia. Glorious. 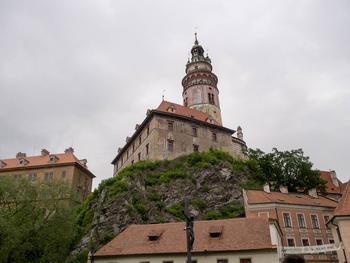 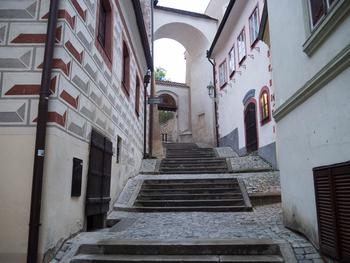 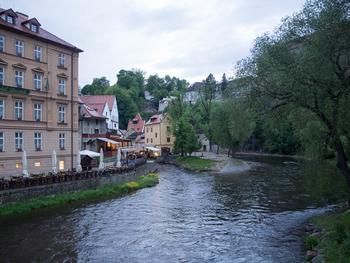 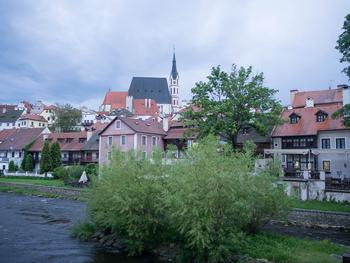 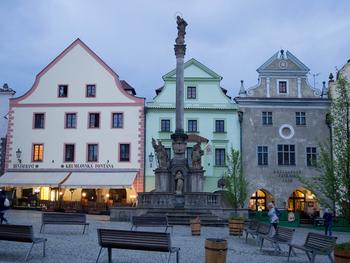 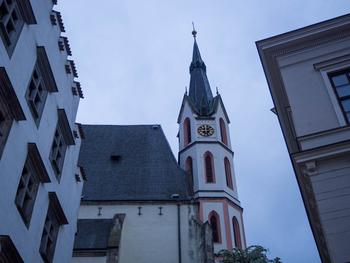 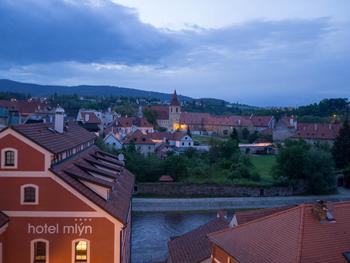 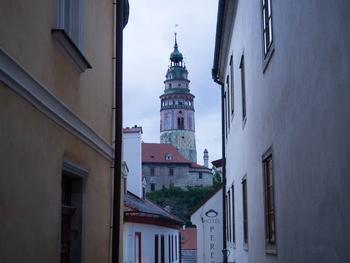 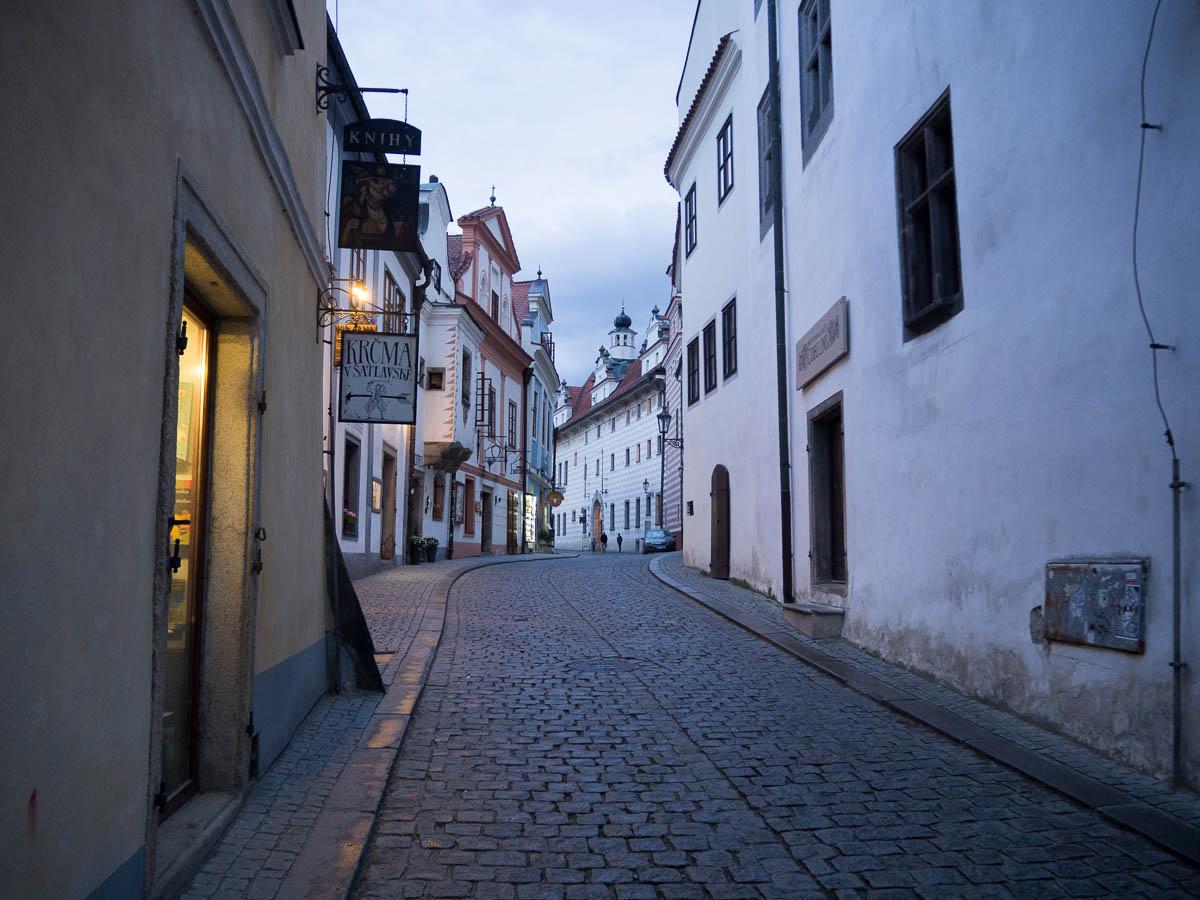 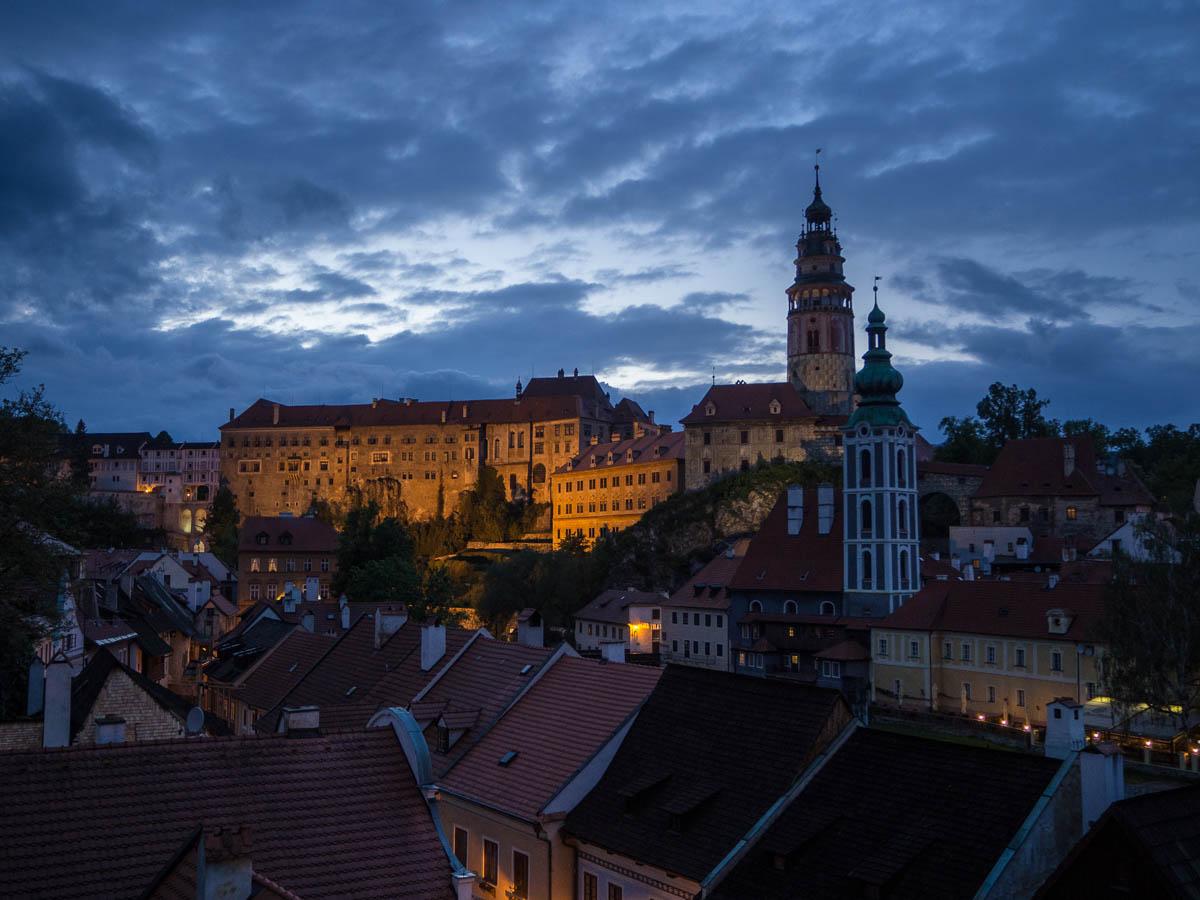