As we get closer and closer to the end of our trip, it gets harder to take the time to write up things in my journal - there's so much still to do! At the same time, I'm definitely starting to get a bit of holiday fatigue, and cramming more into every day isn't really a helpful option. Andy and I already know we'll have to come back to NYC, so we're starting to mentally move some things to the "next-time" list. 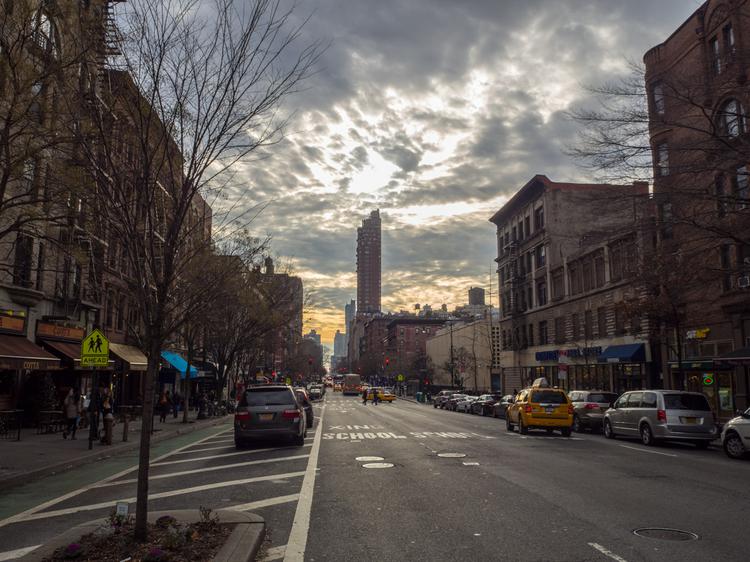 Yesterday morning was spent with a little downtime and a slow start. We set out at lunch time only to find that our target deli was "permanently closed". We diverted to a nearby soup place for a quick bite, then headed towards the Metropolitan Museum of Art to see what we could get done in an afternoon.

On our stroll through the park, further north than our previous traverses, we were somewhat surprised to come across a castle. I'm not entirely sure why there is a castle in the middle of Central Park, but I can imagine it would be a perfect centrepiece for an East vs West Capture the Flag battle. 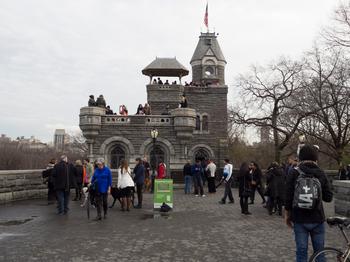 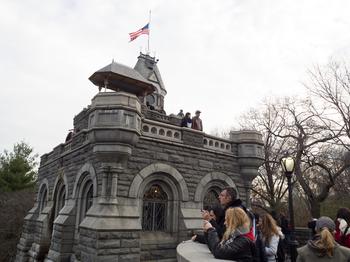 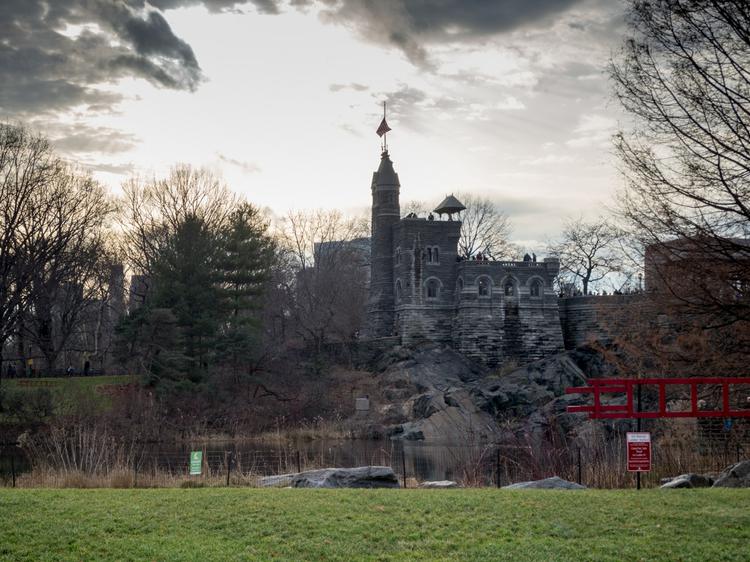 Once we eventually reached The Met, we became a little daunted by how huge it is as we walked around the perimeter to the 5th Avenue entrance. Andy had secured a promise from me to take a photo of her on the steps near the entrance, before telling me the reason. Turns out it's a Gossip Girl thing, and also turns out that approximately a billion people had the same idea. We actually had to wait a few minutes fore a clear enough patch of step became available! 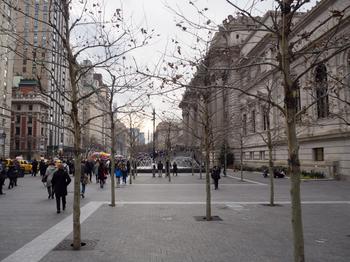 Once we got through security and bought our tickets1 we headed to "Death Becomes Her: A Century of Mourning Attire". Despite the title, it was really more "late 1800s to early 1900s mourning attire", but the displays of dresses and jewellery were very interesting, especially with the descriptions of the societal rules on what was worn when, and how long each of the proscribed periods of mourning were. 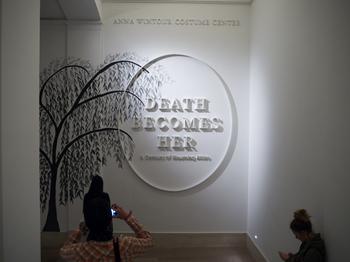 After that exhibition, given our limited time, we decided to only focus on the photography and contemporary galleries, but on the walk through the museum we walked through a couple of galleries dedicated to Chinese pieces. After seeing so many "priceless Ming vases" on TV2, it was nice to see actual items from the Ming dynasty, in this case chairs and an amazingly solid wardrobe. We also stumbled across an exhibition of paper cut-outs and discovered that Hans Christian Anderson was an enthusiastic amateur paper cutter. 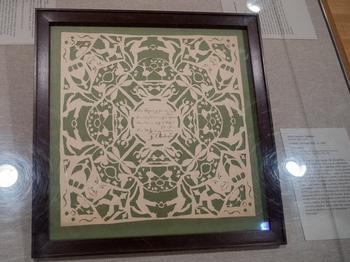 One of the most interesting things about going to big, international museums like The Met is that you casually see some of the famous names that have filtered out beyond the art world into mainstream consciousness. I can't say I'm a huge fan of Jackson Pollock, but I've seen a few of his paintings3 now. I've now also seen an actual Faberge Egg. I always feel a little odd taking photos in art galleries, but I got over that in the contemporary rooms here, and also when we came across the incredible Christmas tree and Nativity scene on the ground floor. 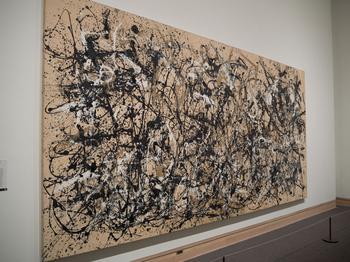 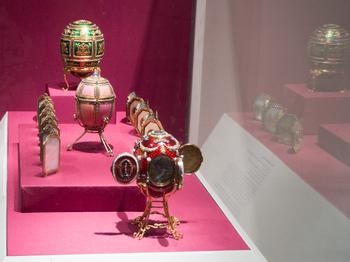 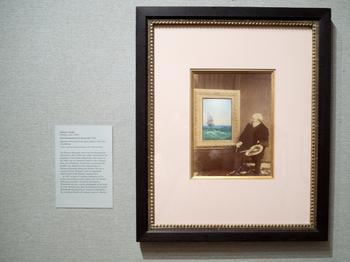 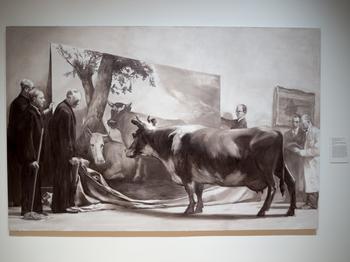 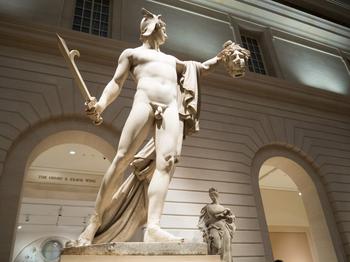 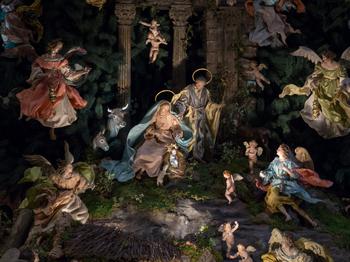 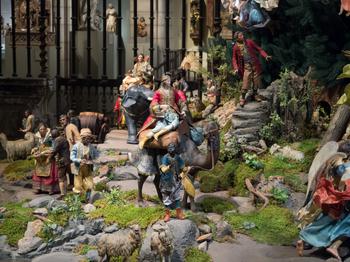 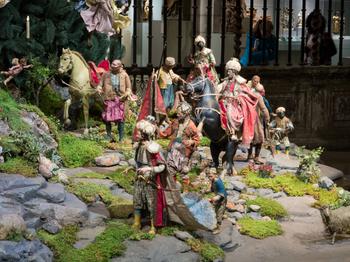 The walk back to the hotel through Central Park lead to more discoveries. First we stumbled across a statue which seemed to scream "Weeping Angel" at us, then an incredibly ornate underpass. Since I've been carrying my Gorillapod around with me everywhere I decided to take a few night shots in the park before my camera's batter gave out. 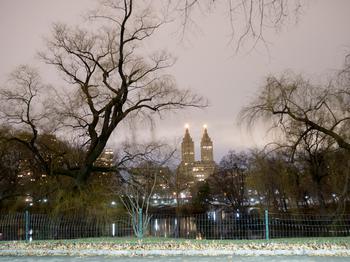 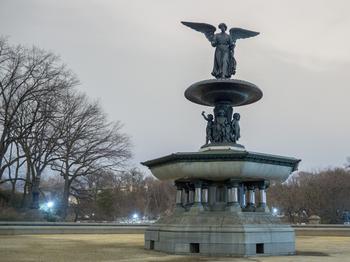 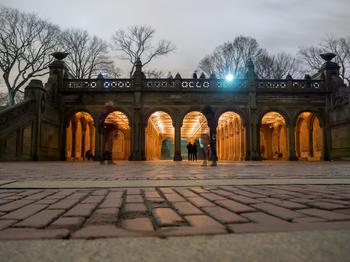 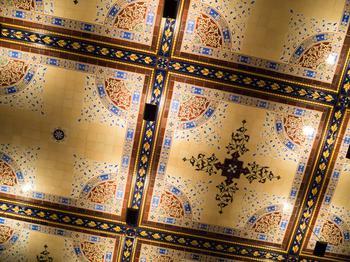 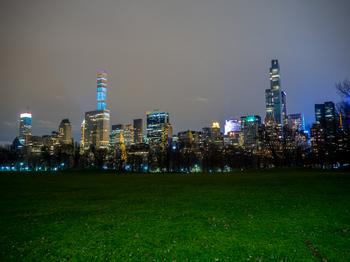 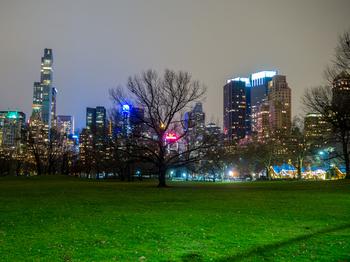 We had tickets for a show at 22:00, so we decided to search Yelp for a good Thai place near our theatre. We found Ngam, a place that was well reviewed and billed itself as "Thai comfort food". As soon as we walked in, I realised just how much I associate the smell of jasmine rice cooking with "comfort". For an entree we had chicken wings marinated in spicy tamarind-y heaven, served with some thin slices of fresh apple to take some of the heat out. For the main I decided to apply one of my two benchmark tests and ordered pad thai. It's not the best I've ever had, but I was very impressed. If I had to pick nits, it could've used a bit more tamarind and peanuts. It was also lacking dried shrimp, something that is usually an automatic fail for me, but in this case it still worked very well. As far as restaurant pad thai goes, this would be the second best I've had outside Thailand. Ngam definitely lived up to my definition of Thai comfort food. 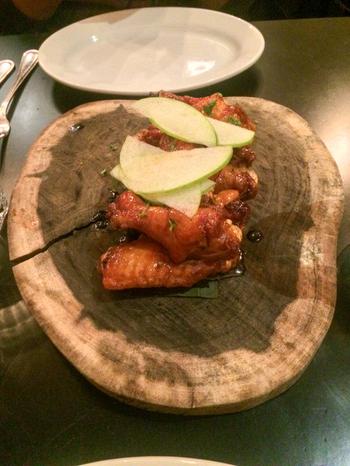 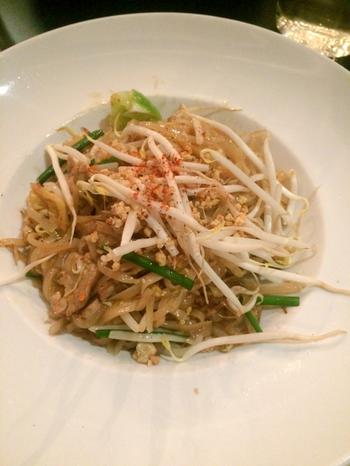 After dinner we walked over to the Daryl Roth Theatre to see Fuerza Bruta: Wayra. We didn't really know a lot of what to expect with this, but we knew it was an energetic performance, that we would be standing for the entire 80 minute performance, that we should dress comfortably and be prepared to get "damp". I don't really want to say too much more about it, as I think anyone with any opportunity to see it should do so and I don't want to spoil it, but it was most definitely energetic, and quite unlike anything I've ever seen in a theatre. Photography (without flash) was allowed, but I didn't really feel like watching through a viewfinder for even a few minutes of this, so I decided to just focus on the show, and I'm very glad I did. This is definitely a must-see.

After the show we went home via a pharmacy to pick up a couple of things. It was clear where "the city that never sleeps" comes from. Even in the small hours of the morning, in the middle of the holiday season, quite a few stores were still open and there was a reasonable amount of both car and foot traffic. We were beat, so we went back to the hotel and collapsed into bed. 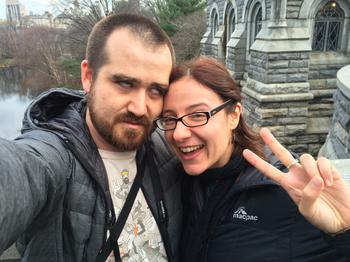