Yesterday it was Andy's turn to have holiday illness, so we had a bit of a rest day. We ventured out to grab some food, take a little walk through the park and visit the Moleskine store1, but otherwise it was a quiet day, which let me catch up on my writing. We caught the start of a "Harry Potter Weekend" on TV, and spent the evening watching Chamber of Secrets.

Today we realised that we really needed to catch up on our to-do list. After breakfast we set off to the New York Transit Museum in Brooklyn. It made a good first impression when the entrance looked exactly like the entrance to a subway station. 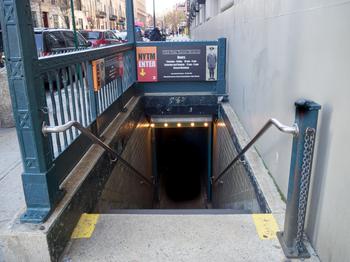 We later found out that the museum actually is a disused subway station (Court Street). The exhibits on the construction of the subway were fairly interesting. Unsurprisingly, the labour used was split along racial lines. The Irish controlled the site and the unions, the Italians did the "unskilled" work, and everyone else was "allowed" to do the high-risk work. The museum also had an interactive section detailing the different types of power generation in use in New York (state) and the US, and then how this power is transferred from generator to subway, and then on to the subway cars themselves. The interactivity in this museum was probably the best I've seen on this trip. Maybe that's just because circuits and trains are so awesome.

After going through what we thought was the rest of the museum, we went down another set of stairs to the old Court Street platform. This was really what felt like the showcase of the museum for me. The two tracks of the full-length platform housed subway and trolley cars from the early 1900s to the present day, including period-specific network maps and advertising inside the carriages. I think I spent far too long wandering through different era train cars, but it was so cool seeing all these different vintages of something as "mundane" as mass transit. 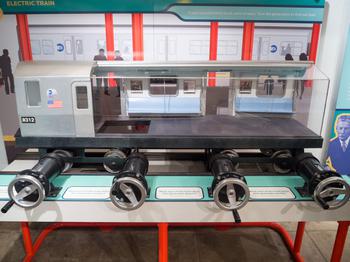 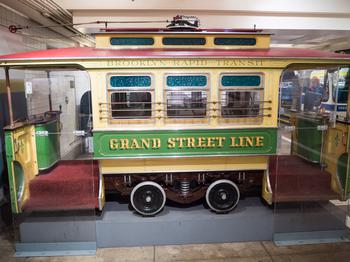 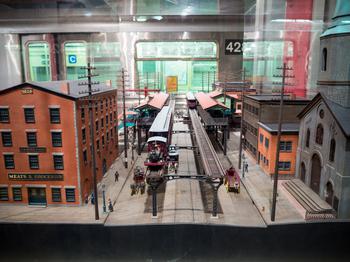 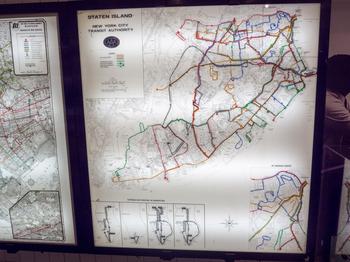 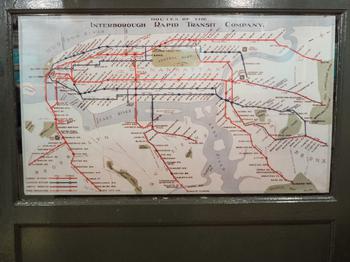 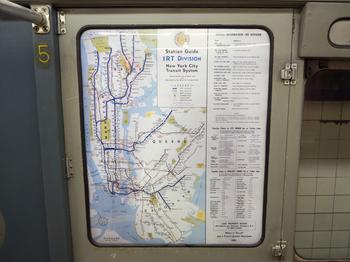 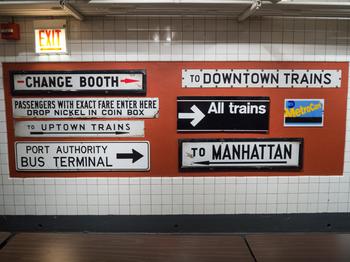 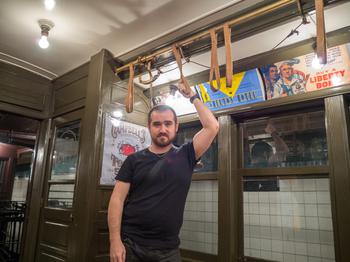 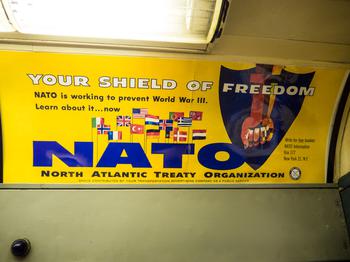 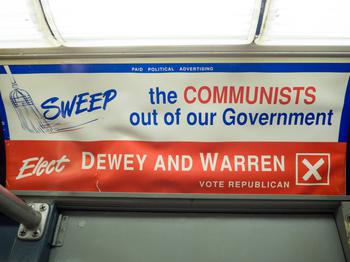 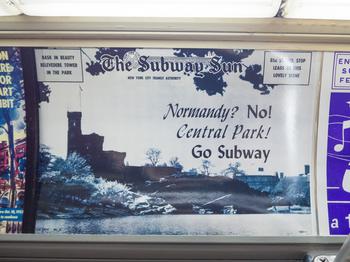 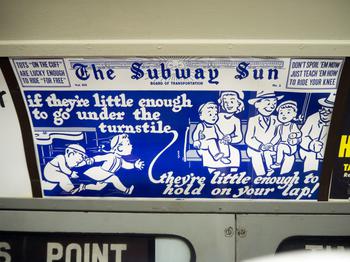 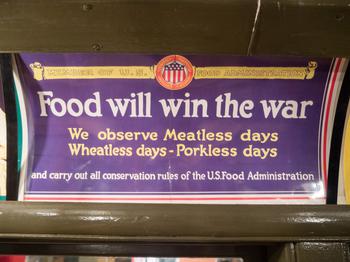 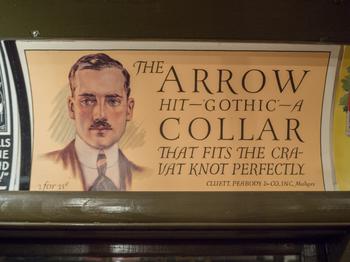 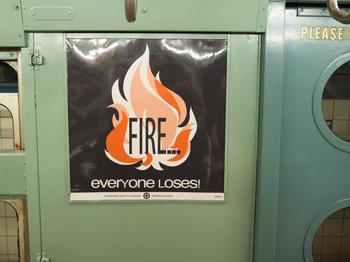 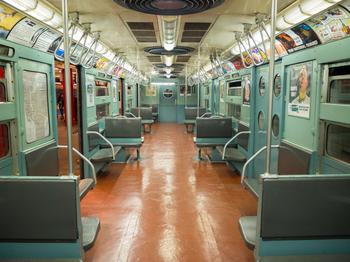 After a healthy amount of time, and spending, in the museum shop, we surfaced and headed towards lunch. We saw a Shake Shack which, despite being a chain, was actually on our list of excellent burgers to try. It definitely was an incredibly tasty burger, but was not the healthy option as far as lunch went. 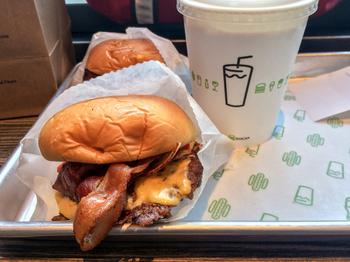 We moved on to the Morbid Anatomy Museum. This was something more on Andy's list than mine, but certainly worth the visit. It's only a "two room" museum (and no photos throughout, alas). The first room was "The Art of Mourning", which contained a lot of memento mori, as well as tribute shadow boxes with quite a few exhibits made entirely / largely from the hair of the deceased. The second room is basically their "permanent" collection, and is an oddball collection of "death-related" knick-knacks, books and prints. There were some interesting pieces, like old biological / autopsy paintings showing cadavers opened from chest to pelvis. What was "interesting" was that almost all the female examples were naked and wearing some form of jewellery and/or make-up, whereas all the mail paintings were covered with a loin cloth. There were also quite a few small animals in dyed and in jars of embalming fluid, and a nearly complete set of human teeth. What was slightly incongruous were some of the filler items that seemed to be thrown in just to fill the space, such as sets of small drawers that weren't open or displaying anything, or the shelf full of oceanic rocks and shells such just pick up (against instruction and better judgement) off the ocean floor on a snorkelling trip.

After this we walked over to the Brooklyn Superhero Supply Company, only to find that it is closed until after we're back in Australia. Disappointed, we walked along a different 5th Avenue (Brooklyn, not Manhattan) just idly looking at shops as we went. We found Goorin Bros, where I was astounded to actually find not one, but several hats that fit my oversized melon. Alas, despite the awesomeness of both their hats and their 50% off sale, travel logistics limited me to one hat, so that's all I bought. It's a pretty sweet hat, though.

Andy and I walked onwards to where we had agreed to meet up with one of my friends and ex-workmates Aisha, and her friend Xavier. We had a good catch-up over beer and ramen, which we assumed had to be good since only 8 minutes after the opening the restaurant commanded a 60 minute wait for a table. The place - Chaku Ramen - was small and cozy, and the service was very prompt and attentive. The appetisers (pork buns and gyoza) were very tasty, especially the pork buns which were a more open, fold-up style as opposed to the standard pocket of meat in a bug puffy ball of bread you get back home. We also had a dish that I can't remember the name of, but was basically noodles in a creamy sauce with bacon and seaweed. It was amazing. The ramen main was good, but perhaps not quite to my taste. I ordered miso ramen, and found the broth very thick, much thicker than any ramen or miso soup I've had before, in any country. The pork was also small chunks, as opposed to slices, which may well be easier to eat, but did stand out as a bit odd to me. What stood out as amazing though, was the egg in the bowl. This egg was boiled to perfection. It wasn't so much a hard-boiled egg as it was "not soft-boiled". There wasn't a trace of runny egg white, but there was no rubbery "bounce" either. The yolk didn't come gushing out when I broke the white, but it did ooze ever so slightly when I squeezed, rather than crumbling like a hard yolk. I can still taste that yolk2.

After dinner we bid Aisha and Xavier farewell and caught the train back to our hotel with the intention of then heading out to Central Park to for some evening ice skating. Unfortunately, tiredness and lingering illness caught up before we got out, so we settled for a quiet night of tea and HGTV, content in the knowledge that we'd cleared a few more items from the to-do list.