The whole reason we flew in to Newark was so that we could catch the Amtrak to Boston. We rose early to catch the start of breakfast at our hotel1 and I was bemused by the fact that all the crockery, cutlery, etc was all disposable. Heavy duty cardboard plates, plastic cutlery and drinking cups and foam coffee cups (with the plastic lids, for full takeaway goodness). I guess that's one way to save on cleanup costs, but I can't say it strikes me as particularly environmentally friendly. After breakfast we jumped on to the hotel shuttle back to the airport to wait for the Amtrak.

I don't know what it is about trains, but they really capture my imagination and fill me with a pure and simple excitement. This one was no different. I was grinning like an idiot as the train arrived and we boarded. We'd decided to spring for "business class" tickets, meaning we had face-to-face seats and a table, and a bit more space around us. It was well worth the extra for us, especially since it was a one-off trip, but it's really neither cost nor time-effective in the age of the aeroplane - flying to Boston from Newark would've been almost a quarter of the time, and less than half the price. But this wasn't about efficiency, this was about fun. 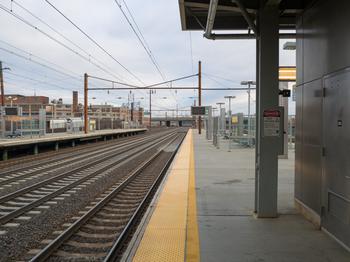 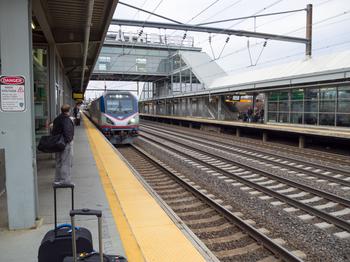 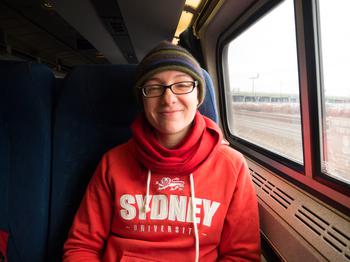 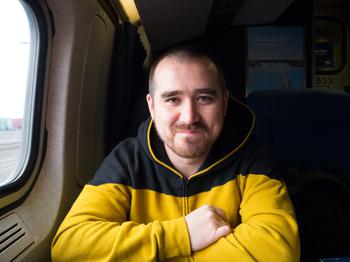 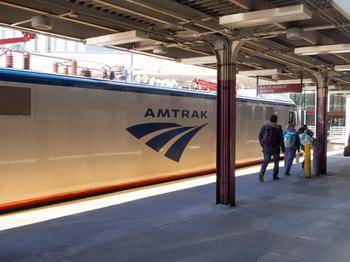 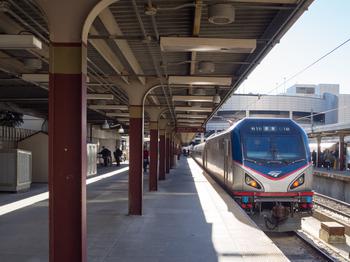 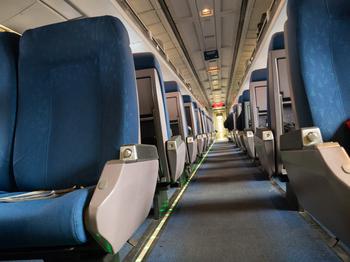 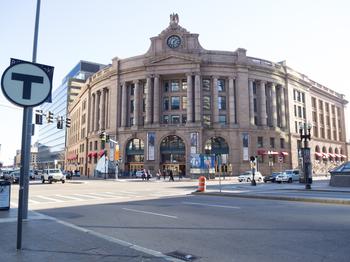 The journey was around 5 hours from Newark to Boston. Compared to some of the international flights we've had so far this trip, the time just flew by. Our first glimpses of New York City came soon after we left Newark. Watching the city grow as we got closer was quite impressive. The dark and dingy underground platform we pulled in to at New York Pennsylvania station was decidedly less so. Rolling through Connecticut, Rhode Island and Massachusetts was beautiful, even in winter where there were a lot of different shades of brown and a lot of water. The 5 hours went by very quickly and smoothly, although not quite smoothly enough for prolonged writing in my journal.

Once we pulled in to Boston South Station, we wandered over to our hotel, checked in, and then went to have lunch at the hotel's restaurant, which just happens to be an English themed pub (also open to the public). After a thoroughly satisfying lunch (and pint), we headed over to Boston Common and just strolled around. It's a beautiful open space, if a little chilly in December, and it was great to see so many people out enjoying the space, including a photowalk that made me a little envious. We went to investigate ice skating in the Frog Pond, looked at the line, and decided that we might try after dinner (after putting on more layers). Instead we went to Macy's to do some sale shopping. To all the people who told me "Don't buy anything before going to the US", you were right. So very right. 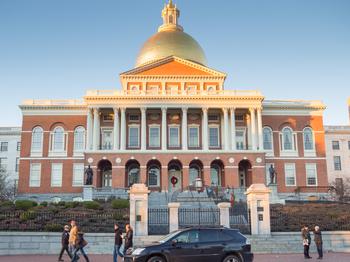 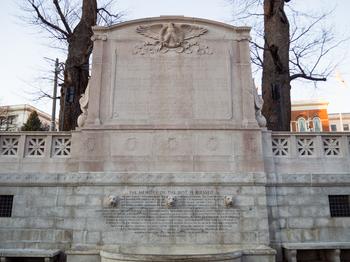 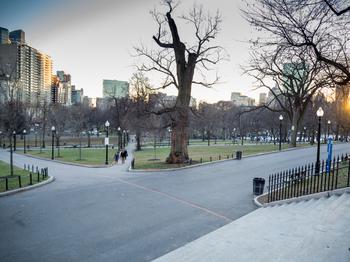 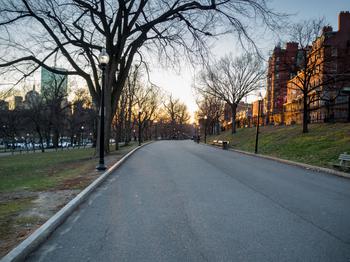 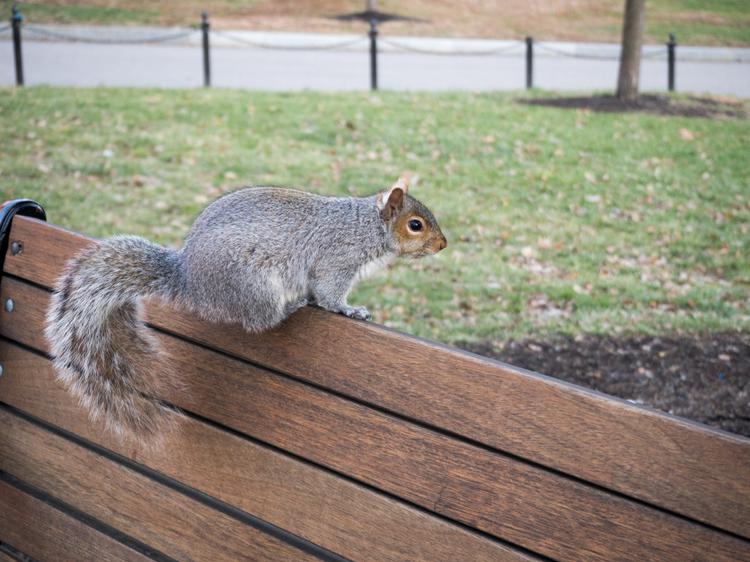 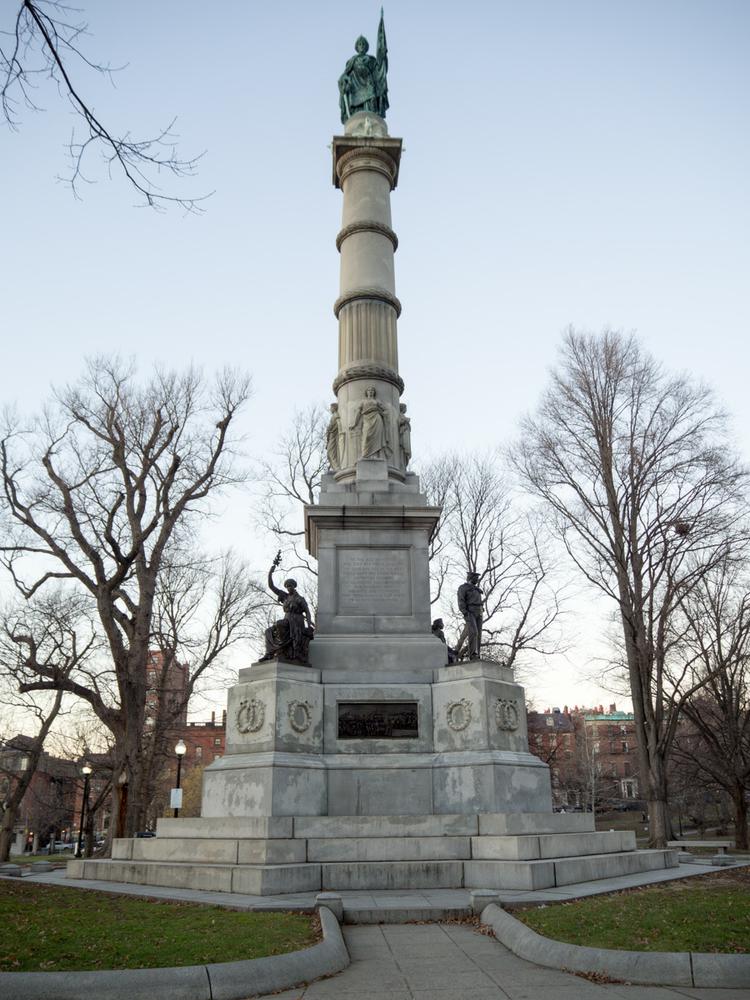 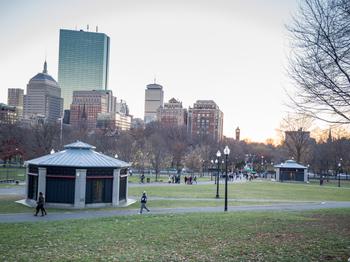 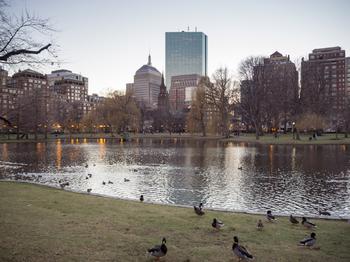 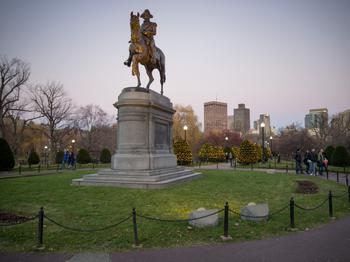 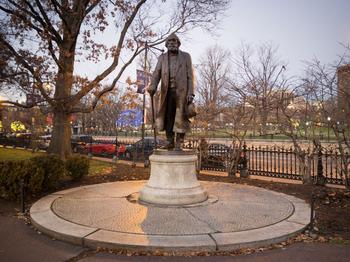 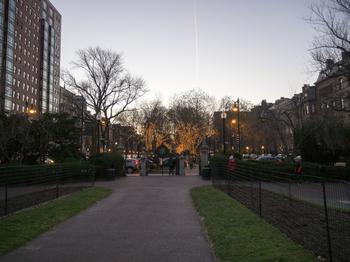 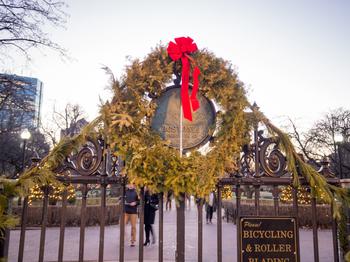 Still closer to European time than US Eastern, we headed back to the hotel room at 19:00 ish with grand intentions of a quick refresher, than back out for dinner and some evening ice skating and/or strolling around the common. Instead we watched Christmas movies, decided our lunches had been big enough to cover dinner as well and crashed out. Welcome to New England! 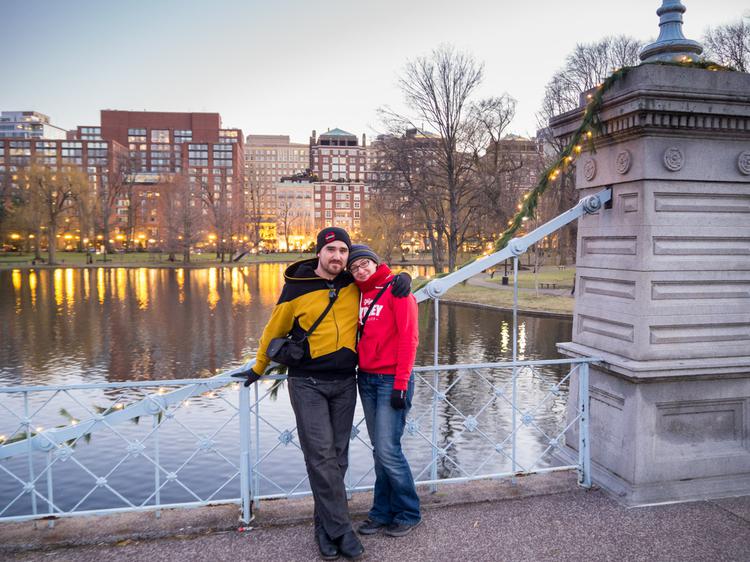