One of our big goals was to see Salem, Massachusetts. The plan had been to head out early and spend the whole day out there seeing the sights, a couple of the museums before dinner and a ghost tour. Unfortunately, in a lazy morning bout of television, we discovered HGTV - a home-improvement cable channel. We watched several back-to-back episodes of Property Brothers before eventually dragging ourselves out for a morning jog around the Boston Common and Public Gardens. It felt good to be jogging again after a week or two off, although the cold air was a bit of a shock to the system. After a quick lunch we hopped on a train out to Salem and walked over to the Salem Witch Museum. It's interesting how the witch trials have stuck with the population, and appear to have given them a greater sensitivity and awareness of the other witch hunts throughout history, and a recognition that the reasons are usually flimsy and arbitrary scapegoating out of fear. 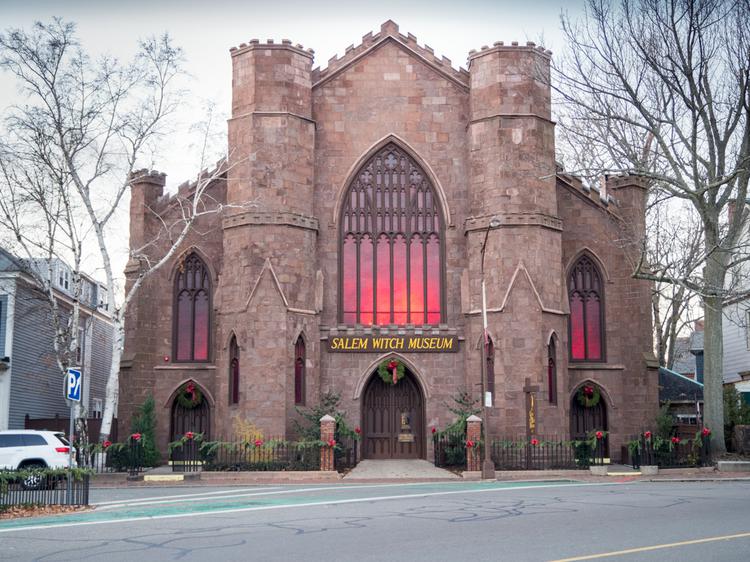 After noticing Andy's interest in some of the specifically branded merchandise in the gift shop, one of the museum's staff directed us to a nearby store dedicated to Harry Potter merchandise. What made this terrible discovery even worse was that this store had a partner store, that only sold wands. Coincidentally, the same people that run these two stores were also the ones who run the ghost tour that we'd booked ourselves on. 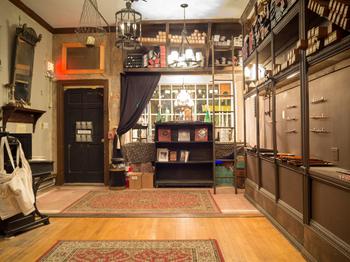 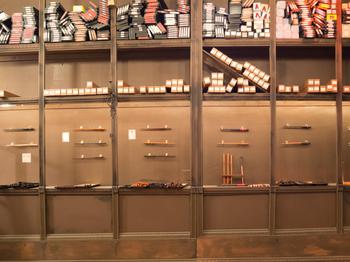 Between the two shops we lost all the rest of our afternoon, but did manage to sort out a few presents for various people (including ourselves). We did at least manage to tear ourselves away in time to get a short walk down to the waterfront before our early dinner. 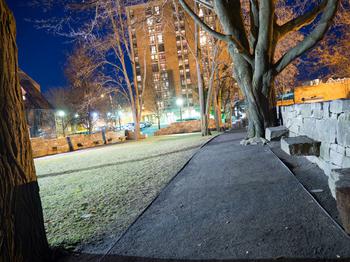 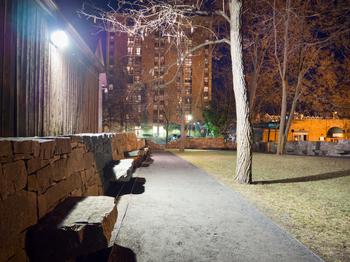 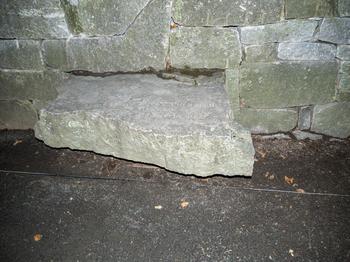 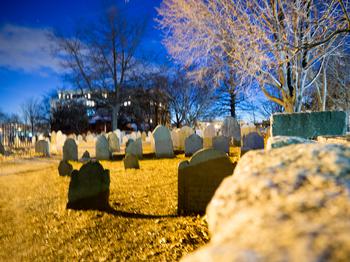 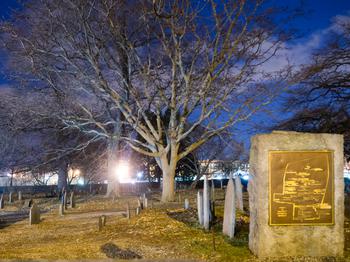 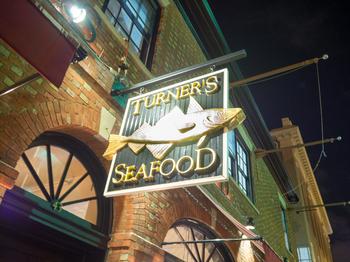 Our dinner venue for the evening was Turner's Seafood, a well-rated restaurant armed with several New England specialities we had to try. On reflection I think that perhaps a big bowl of clam chowder, crispy bacon brussel sprouts and lobster macaroni and cheese might have been a little excessively rich. Andy's cup of lobster bisque and plate of mussels with provencal sauce (as well as some crispy bacon brussel sprouts) probably better satisfied the twin desires of sampling New England specialties and still being able to walk after the meal. No regrets though, my food was delicious!1

After dinner we headed back to the start of our ghost tour. Somewhat awkwardly, we were the only two people on the tour. Our guide was excellent. He was very well informed on the history of all the buildings we looked at, as well as Salem in general. He was also pretty chatty as we walked between the different sites, which was very helpful in keeping us both awake after a rich meal and still fighting off the last dregs of jetlag. He pointed out the regular locations for "sightings", but it did not appear that the spirits were with us. 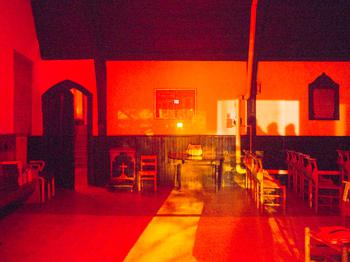 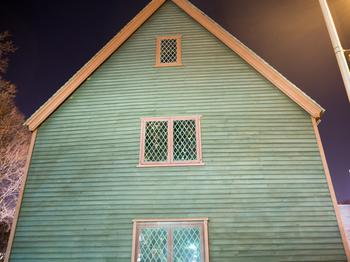 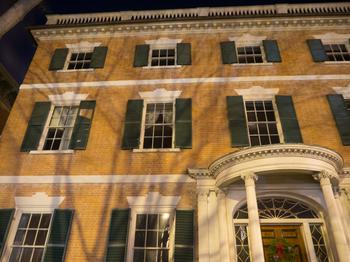 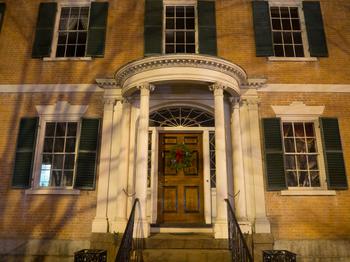 Thanks partially due to the small tour group (i.e. two), and the cold weather increasing our walking pace, we finished a bit ahead of schedule, which meant we could comfortably make a (much) earlier train back to Boston. Once we got back to our hotel I made my first real attempt to understand American Football by watching a game on TV. Perhaps it was my tiredness, but I was NOT getting it. I do admire the precision of the passes, and seeing the strength of some of the tackles I can appreciate the padding. As far as the rest of the rules go, I just don't get it. I will keep trying though. I aim to have a solid grasp on the game (at least the basics) before heading home.

Once I gave up trying to understand "football", I fell asleep pretty quickly. While it may not be strictly accurate, for the sake of a story how about we agree I dreamed of witches and the supernatural.