SNOW! After a night of mostly rain, we woke to large white flakes swirling around our window. Unfortunately it had stopped snowing by the time we finished breakfast, and didn't leave enough cover to last the morning, but we've seen our first snowfall of the trip and that makes me happy.

Today was the first "planned" day on our trip. The morning was to be some "admin": double checking finances to make sure we had all the money we've been spending, doing a bit of laundry1 and then lunch. After lunch, the plan was for Andy and I to head to Muzeul Național de Artă Contemporană (MNAC) and the come back to pick up Andy's grandparents and take them out to a restaurant for dinner.

The reality was a morning typing up a blog post, reviewing photos, and writing a small python script to edit and re-write the YAML metadata on all of the raw text files for the blog. Lunch, as planned and eaten, was amazing. Smoked pork knuckles with beans, with a side of fresh, chopped cabbage with a bit of oil and vinegar. One of the dishes we always aim to tick of every time we come to Bucharest. 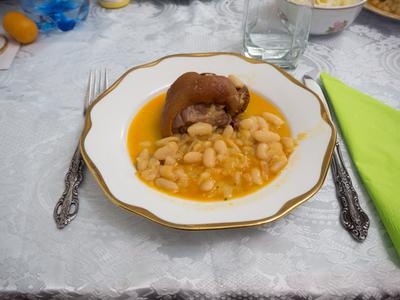 After lunch, we had to cancel our dinner plans, so instead Andy and I decided to add the Bucharest Christmas Markets to our MNAC trip. We headed out and decided to re-acquaint ourselves with Bucharest by foot and by train, instead of just jumping in a taxi.

Bucharest's Metro train network is quite good, if slightly limited in coverage. There's a stop around 10-15 minutes walk from Andy's grandparents, and it takes us straight into the centre of town, so it works for us at least. What I found interesting is that alongside the standard 1/2/10 trip tickets, and the 1/7 day tickets was that they have a very simple solution for contactless electronic ticketing. MasterCard PayPass. Through what, I'm sure, is a sponsorship agreement, you can simply tap your (NFC enabled) credit card at the barrier and be charged slightly less than a single fare on a 10 trip ticket. No extra card, no balance checks, no automatic top-ups, just your credit card. The trains themselves are pretty good too - very clean, well-maintained and no fixed timetable, just running regularly at ~2 minute intervals (at least on the line we use).

Once we got in to the centre of the city, we started to walk out towards MNAC. The museum is located in Palatul Parlamentului (The Palace of Parliament), which is an absolutely imposing structure built during the communist era under Ceaușescu. It's hard to convey in photographs just how big it is, but it's up there in the top lists for biggest building by volume and by weight. Apparently large parts of it are still empty and unused (construction wasn't even finished before the Romanian Revolution in 1989), despite it now housing both houses of the Romanian parliament, an international conference centre and MNAC. 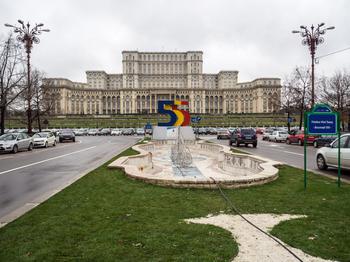 The main exhibit at MNAC is a retrospective celebrating the sesquicentenary of the Universitatea Națională de Arte din București, with a selection of works from students and teachers from 1950 until the present. As with architecture, I don't really have the vocabulary to describe the works on display, but it was interesting to see the differences across the decades, but also the common threads linking students and teachers of the university. There were a couple of pieces that stood out to me, which I've listed below, although it will probably mean little to those who haven't seen them. 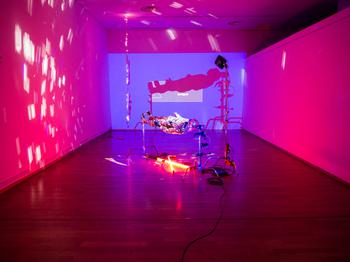 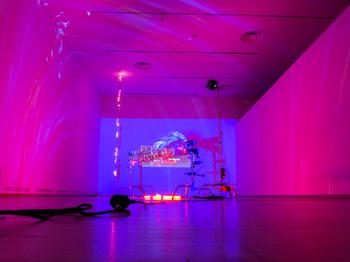 After MNAC we decided to walk in to the Bucharest Christmas Market2, which is peculiarly only named in English on all the signage. We'd been here before a couple of years ago, and nothing had really changed. We wandered around the various stalls, some of them selling locally made Christmas-themed trinkets, others selling novelty winter clothing and the rest selling some combination of fresh cheese, cured meat, sweet pastries, mulled wine, roast corn and toasted chestnuts. We had dinner of sausage buns with mustard, ketchup and sour cabbage, mulled wine and pastries, and generally just revelled in the cold and Christmassy atmosphere. 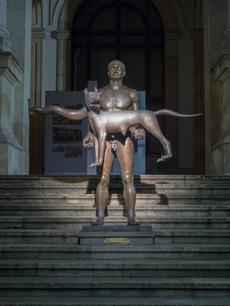 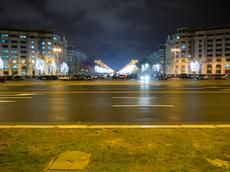 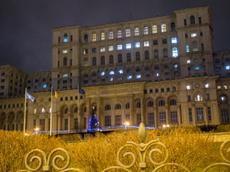 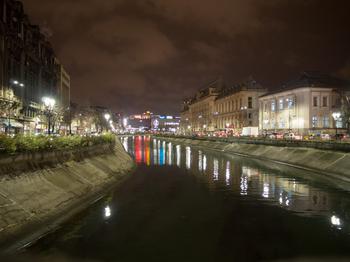 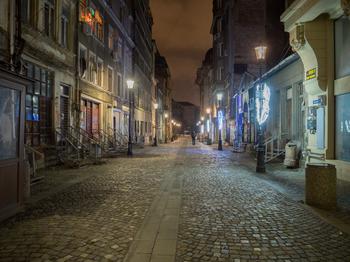 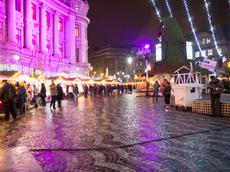 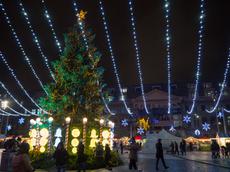 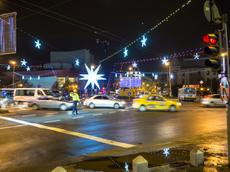 After the markets we walked to Carturești. This is a Romanian bookshop, and we were headed to their main Bucharest store, having been to one of their smaller stores on Monday. This. Is. Not. An. Ordinary. Bookshop. It's inside a converted house, and not a small house. It has approximately 3 floors, the vagueness due to the fact that there are multiple mezzanine levels, split-floors and a general "windiness" that makes accurate spatial measurements very complicated. They sell a lot more than books (I guess that's a commercial reality for almost all chain book stores nowadays), and this store has books, stationery, cds and dvds, board and card games, small runs of bags/t-shirts/etc from independent Romanian designers, some homewares and probably more in rooms that we didn't get to. The closest analogue I can think of in Sydney is the dual-frontage Dymocks on George Street, although Carturești is in a house and there are no orderly rows of products, just giant rooms with shelves filled with books, and an "attic" bigger than most shops, which is crammed so full you climb over exposed beams to get to the next "aisle". Think of the stereotypical antiquarian bookstore, and then scale it up to a mansion. I think we only spent an hour in there, but that's because we were both very tired.

After that, it was just a short walk, a train home and then a blissful collapse in to bed. Judging by my sore feet and slight "creakiness", the 30+ hours of travel plus a few relatively sedentary days in Bucharest have allowed my body to soften up a bit. Hopefully the walking today was enough to kick my body back in to form, because Zurich on Saturday and then pretty much all of the US is going to be more of the same. 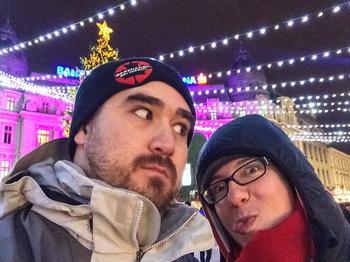