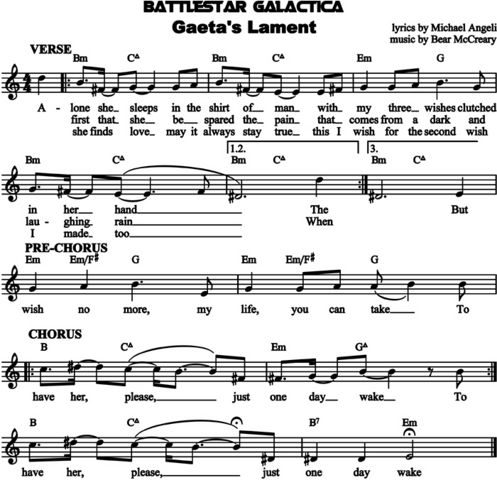 Bear McCreary's score for BSG is truly awesome music. More times than I can remember I've put it on as simple background music while I get some work done, and then suddenly realised it's half an hour later, and I've done nothing but listen with my eyes closed.

Of course, Gaeta's Lament is not solely a McCreary creation, but it's an awesome step out of this world and into the Season 4 soundtrack.