Yesterday was too lazy in the morning, and far too busy after midday. As I write this, our US trip is all but over, and it's catch-up on a plane.

This is part two of a catch-up post I wrote on the plane home. Part one is here.

For our final day in New York City, we had planned to (finally) visit the Museum of Modern Art. We booked tickets to an exhibition of Matisse cut-outs, but we walked there via a brunch stop at Andy's Deli, a local deli with good reviews to see what kind of pastrami New York could turn on. I had pastrami, lettuce and swiss cheese on rye. It was pretty amazing. It had a very generous ratio of pastrami to bread, and the swiss cheese was melted over, without the bread being toasted. This made it a very messy, very meaty, and warm sandwich that was pretty close to perfect.

We got to MoMA and headed straight up to the Matisse exhibit. I've seen Matisse on display throughout my travels elsewhere, but this exhibition of his paper cut-outs was definitely the most impressive. The simplicity of solidly painted pieces of paper cut into shapes is just delightful. One of the first cabinets in the exhibit were maquettes for a book Matisse had been commissioned to do work for. After publication, Matisse complained that the printed book was lacking some of the quality of the preliminary work by being flattened and losing the texture of the multiple layers of paper. After looking at what was on display, who am I to disagree? One medium that did seem to translate well from the paper designs were the stained glass windows. Matisse designed a few which were on display (or replicated) in the exhibit, which although quite different from the layers of coloured paper, still had a more interesting texture than a flat print, with the added bonus of light playing through the glass to shift the colours, as well as the shadows of the lines between the panes. 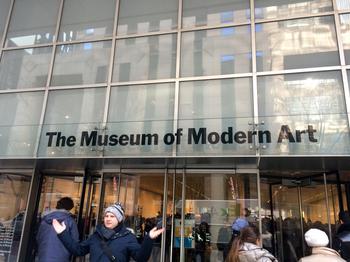 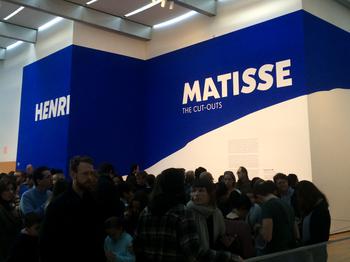 Perhaps the most interesting thing about the cut-outs is how many of them were done on the walls of wherever Matisse was staying at the time. He would have his assistants colour pieces of paper, then he would cut them out and use a giant stick to direct his assistants to pin them up. What was also interesting was the amount of re-use Matisse got out of his work. Progress photos showed some of his works appearing in later pieces, sometimes temporarily, other times remaining in the finished piece.

This was definitely an exhibit worth seeing!

After we finished the Matisse exhibit we moved a bit quicker through the rest of the museum. Again, the experience of being in an internationally renowned museum led to seeing a lot more big names than I'm accustomed to. This also led to what now appears to be a series of photographs for me: taking photos of people taking photos of famous paintings. 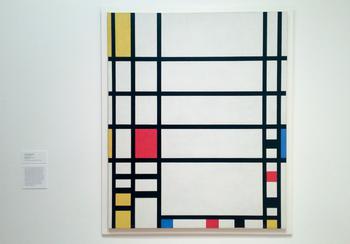 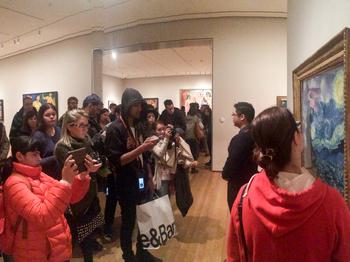 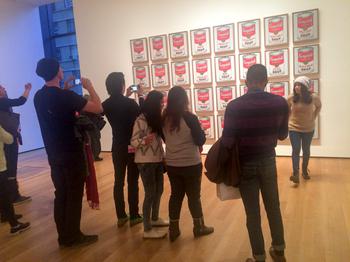 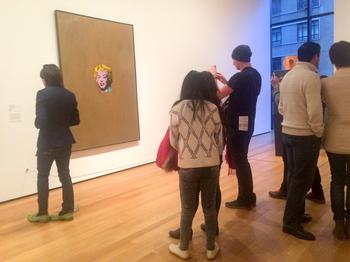 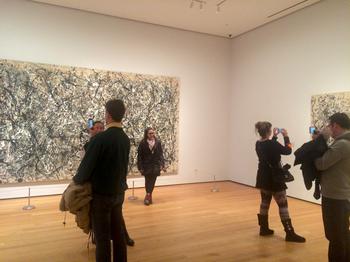 On our way back from MoMA to the hotel we decided we'd go ice skating before our Brooklyn New Year's Eve party. The rink was open, we checked the Zamboni schedule to try to time our session. When we went back to the rink an hour or so later, having changed and dropped off bags, the rink was closed, despite the clear signage (posted AFTER Christmas) saying "we are now open from 10 a.m. to 11 p.m. daily". Most frustrating.

We went straight on to our NYE party at the Brooklyn Night Bazaar. This is an indoor covered market that is usually open Friday and Saturday. For New Year's Eve they had a couple of food stalls and two stages with with EDM acts playing from 21:00 until 06:00. There were several arcade games throughout the space, and also skeeball, shuffleboard, and pool tables (which ate our money). They also had an old VW Beetle set up as a "private drive-in", and a "Friends with Benefits" lounge, which was a bus with several seats at the front and bunks and mattresses at the back. It was such a gloriously obvious makeout room, but Andy and I only sat in the seats briefly to sip our drinks, and did not notice anyone using it for its "intended" purpose. It did get used as a place to smoke though, and it didn't smell like tobacco.

We arrived shortly after 21:30, which was obviously far too early. The venue was almost empty, so we grabbed some drinks and played some arcade games1. The vibe reminded me of Insert Coins, the attempt to create the same arcade / food / music vibe in Sydney, but in a space a little more appropriately sized, and with more variety of games. After a while the crowds started to flow in, with a lot of people showing up in the last 30 minutes of the year. Unfortunately, the music on the main stage didn't really show up to our satisfaction. The second room was a bit better, but with a lot fewer people it just wasn't a great place to dance the night away. Judging by the accents I heard around the venue, and a couple of conversations in the bathroom lines, there were quite a lot of Aussies at this party. Apparently we get everywhere.

The countdown to midnight was almost anti-climactic, with a 10-second countdown covering a fairly average DJ set. Andy and I had obtained some bubbles, but it wasn't particularly good (to put it mildly) and after our obligatory sips at midnight it was disposed of. Thankfully the quality of the music and crowd picked up in the second room, so we got in another couple of hours of semi-rhythmic shuffling before tiredness took over and we headed out. Keeping to a true Australian tradition on any late night out, we found a kebab shop in Brooklyn on the way to the subway, but instead of the standard order, we opted for some savoury cheese pasties that were excellent (at least to our tastes of the hour). We eventually got back to The Milburn, about 3 hours into 2015 and very happy with the end of the year and our last full day in New York City. 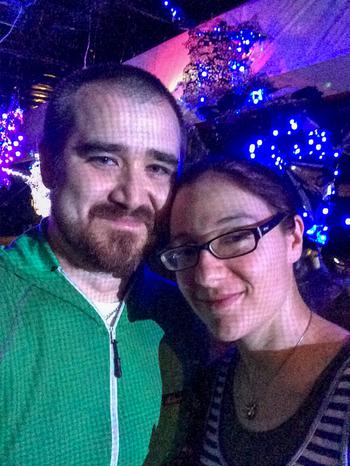